Slow-Cooked Kale (To Get Us Through Winter) 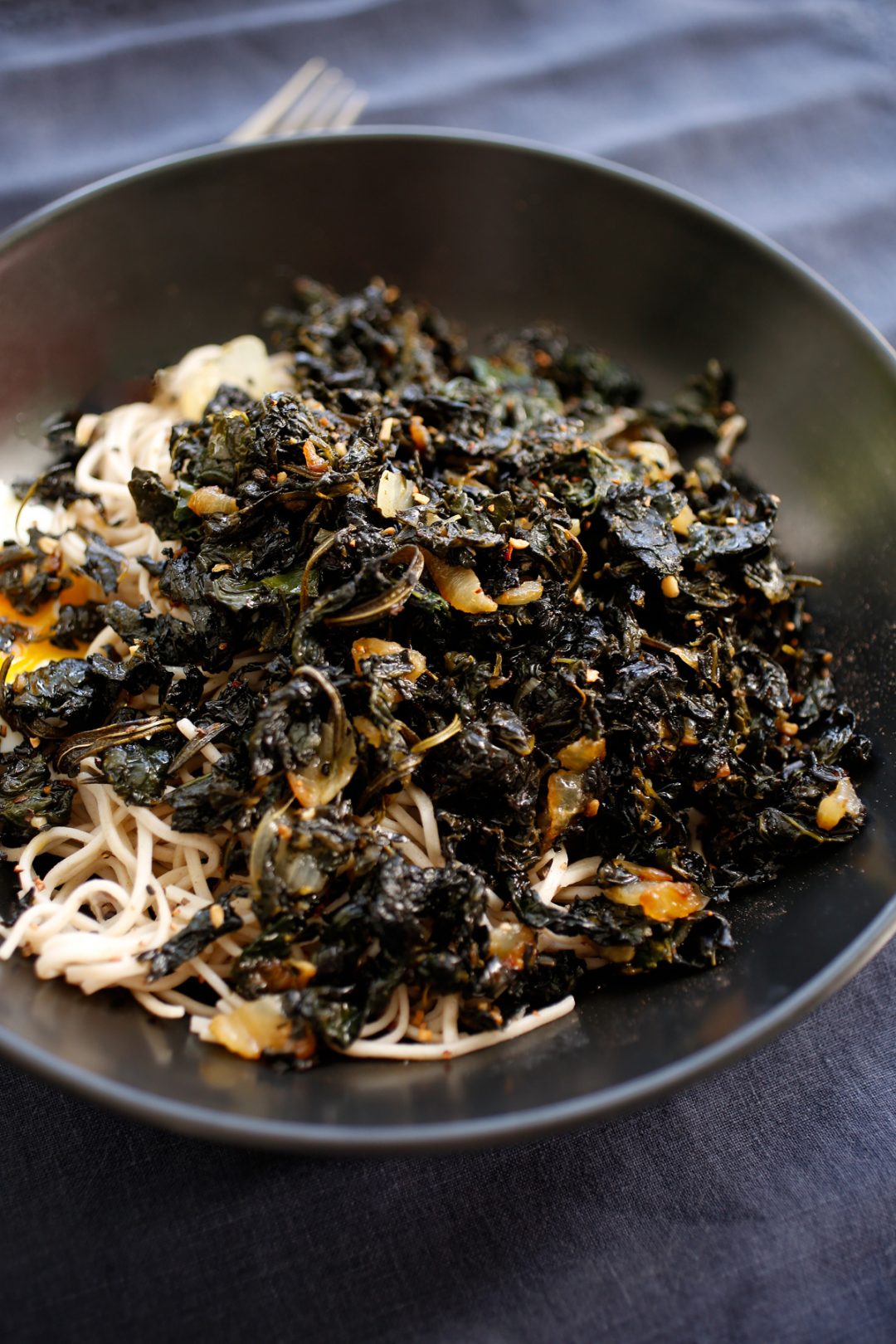 “I've learned that you can tell a lot about a person by the way he/she handles these three things: a rainy day, lost luggage, and tangled Christmas tree lights.”    – Maya Angelou 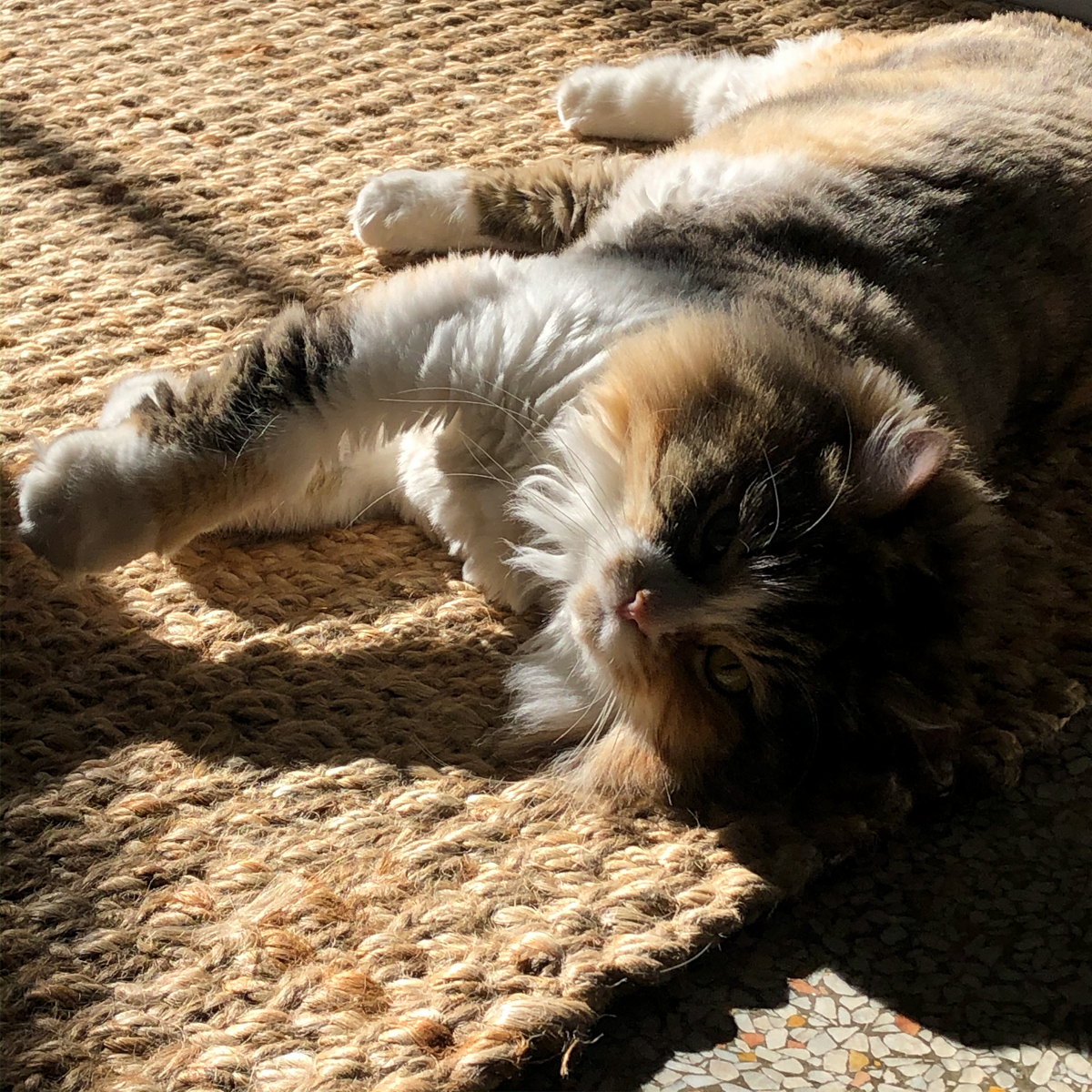 Friends, how are you?  How are you holding up this winter?

I had an awfully hard time sitting down to write this weekend.  It’s not that I didn’t want to say hello; I like you too much for that.  But the sun finally made an appearance, and it was warm enough to go for long walks outside.  I'm so grateful; there's nothing better to boost one's spirits.

With the Democratic caucuses, it seems everyone has descended upon downtown Des Moines, and everywhere you go, people are talking politics.  The other day I was interviewed in the skywalk by a friendly reporter from The Australian, while his photographer friend took my picture.  “Can we get your red mittens in the shot?”  I held them up, in the most casual (awkward?) sort of way

I told him how sorry I am for Australia and the terrible fires.  Ask about the koalas.

We just stood there chatting, letting time drift aimlessly away.  That's all I ever want to do, really.  Talk to nice people, hopefully about food, but current events are ok too.  I'm not sure where the dreary winter weather has gone, but I hope it says away for a while longer. 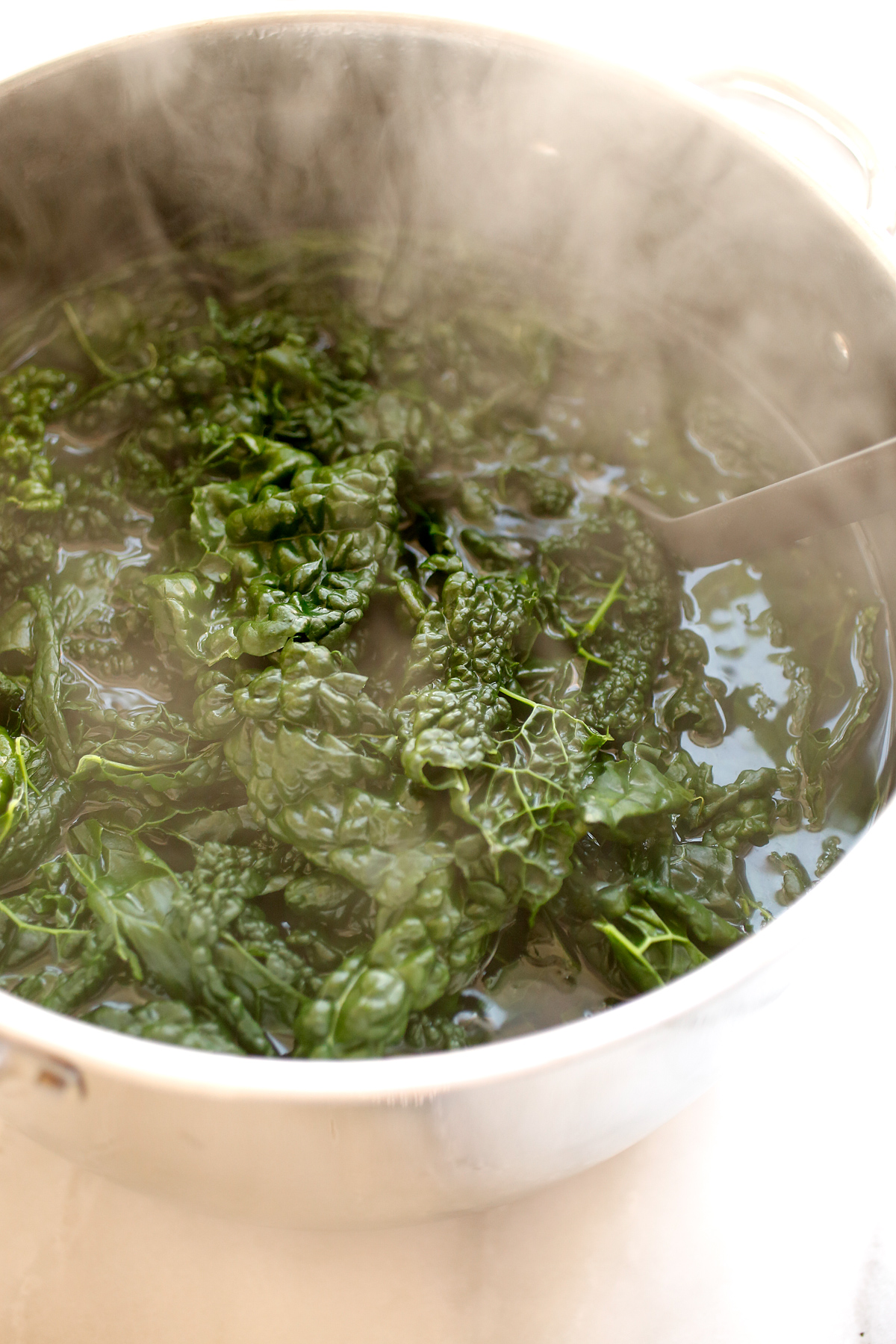 This time of year is all about comfort, bundling up in cozy sweaters, and staying home instead of trekking out into the cold and slushy snow.  That's why, at our house, we've been eating an awful lot of soup, sheet pans of roasted veggies, and anchovy-butter chicken.  But after a while, even the most adamant of comfort food lovers are ready for something different.

In fact, this recipe for Hammy Chickpea Soup was taped to the fridge last week.  I gathered everything together before I went to bed, thinking it would inspire me to make it the next day, but eh.  Eh.  Instead, I defaulted toward throwing a bunch of dark leafy greens in a pan, ate nearly the whole thing, and called it a meal.

In many ways, it feels old news.  You know how you like to cook greens.  I know how I like to cook greens.  But here I am, writing about this method because it's become my go-to, just as Bon Appétit promised.  You'll probably have it memorized after the first attempt, and I bet you already have everything in the pantry.  Except maybe the kale, but that's easy enough to remedy.

Before discovering Suzanne Goin's slow-cooked Tuscan kale, I thought I knew the most popular ways to make greens.  Sautéed quickly with garlic and red pepper flakes; raw, thinly sliced, massaged with dressing; and boiled four ways like Zuni Cafe.  Admittedly, I approached it with suspicion as I generally prefer my veggies on the raw or al dente side.  Cooking the greens for 30 minutes?!?  That sounded so .. brown.

But after following the instructions, I realized doing something another person's way was the fresh perspective I needed.  First, the kale is blanched then roughly chopped before being sautéed over low heat for about thirty minutes.  Sizzling rosemary, garlic, and onions have never smelled so incredible.

At this point, you could divide it between a couple of bowls, put a fried egg on top of each, and call it lunch.  You could also divide it amongst four small plates and call it a side.  You could toss it with pasta and serve it with Parmesan.  It makes a wonderful filling for omelets.  The original was published as a mix-in for stuffing.  The author mentions stir-frying with some chewy grains, like farro, or some squash or sweet potato.

Or you could just eat it, period, which is what I’ve been doing.  Mostly with soba noodles and jammy eggs.  If you have any leftovers, they’re good at any temperature – even slightly cold, eaten straight from a coffee cup while on your way to morning exercise class. 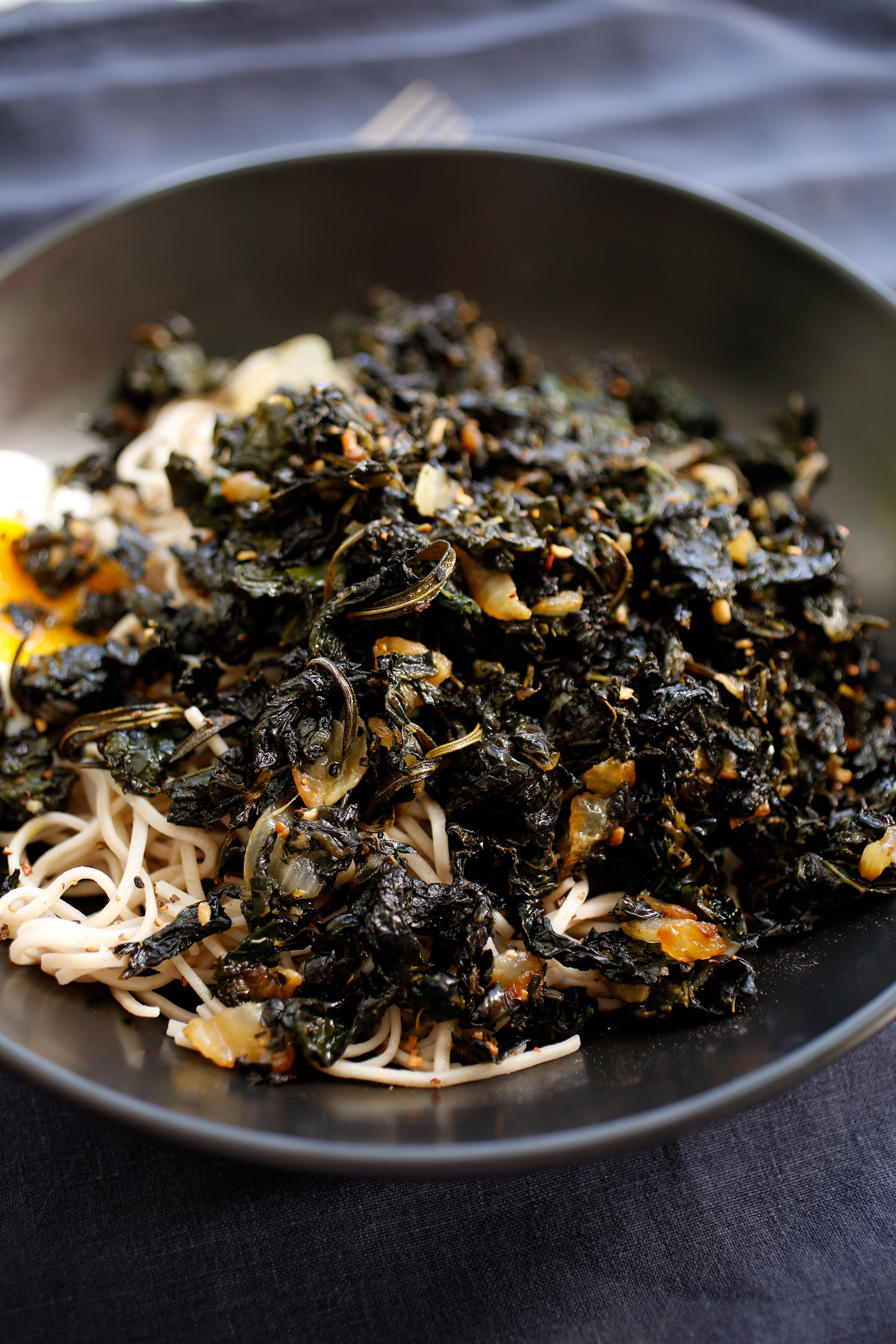 You'll want a hearty sized bunch of kale because it shrinks significantly after the blanch.  Too little and you'll wish you had more, too much, and you'll wish you had a bigger pan so the greens can fully crisp up along the edges.  It's probably best to weigh the bundle to get it pretty close and use your largest pan either way.

Crushed red pepper flakes are great in place of the chile

I've learned not to skimp on the olive oil and not to rush the cooking process — the key is to keep going until your kale is black.

The author notes that it will also work with mustard greens or any other stiffer greens that take their sweet time to break down.  But Tuscan kale remains her favorite.

~ Adapted from Suzanna Goin via Bon Appetit and her  A.O.C cookbook 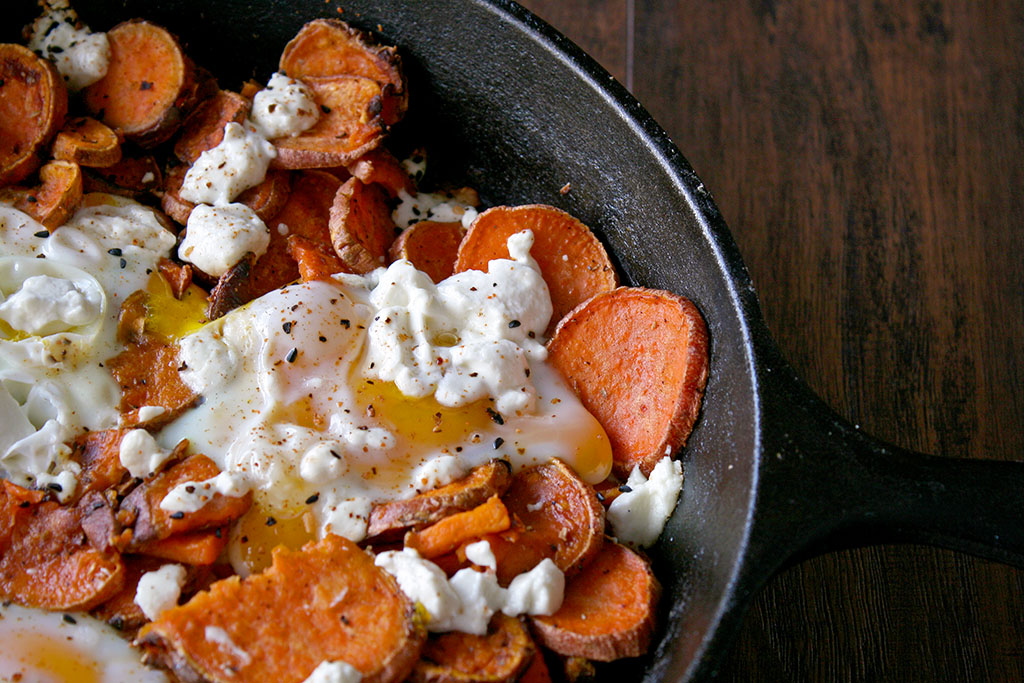 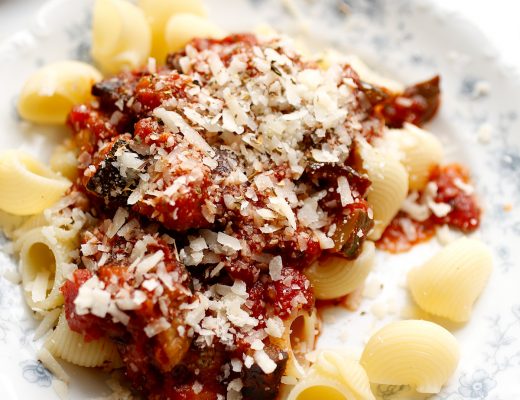 What Do You Bring To A Big City Food Swap?