“Luck? I don’t know anything about luck. I’ve never banked on it and I’m afraid of people who do. Luck to me is something else:  Hard work and realizing what is an opportunity and what isn’t”    ~ Lucille Ball Today, a continuation of a five-part series here at The Veggies

Liz Jeffrey and her husband Ryan are the geniuses behind Arcadia, one of Ames, Iowa’s most loved coffee shops. Home to “The slowest cup of coffee in town.”  Not only is their food comforting (mmmm .. Laksa soup and Sweet Potato Gnocchi), but the homey vibe makes you want to stay a while, have a turtle bar, and take a million Instagram pics

In Part I – They chatted about moving to Ames, early experiences in the culinary world, and her parent’s funny reaction when she told them they were getting married

In Part II – Liz shared her journey toward perspective, why she doesn’t take short cuts and a terrifying late-night robbery that would forever shape their business strategy

In Part III .. They offer words of wisdom to someone thinking of opening a restaurant, the bachelor food they love to cook at home and the unexpected origin of their (much-loved!) cheesecake recipe

Ahead they share funny customer pet peeves, a truly unforgettable order, Ryan’s home-brew, and why the bakery is Liz’s sacred space

What was the ah-ha moment when you knew you were succeeding at Arcadia?

Liz:  We were open long enough that if I was out and about in town, people’s response went from “I don’t know what Arcadia is” to “Oh yes, I’ve heard of that place.”

That’s when I started to figure out that people knew we were there, had maybe wanted to stop in but just hadn’t gotten around to it or whatever What was it like going from coffee shop owners to restaurant owners?

Ryan:  So different that I wasn’t prepared for it

We have a manager. So I assumed I’d have a lot fewer things to deal with and a lot more time. I’d have to handle fewer employee problems .. scheduling .. the day-to-day stuff. I had a chef who was doing most of the ordering. I could get back to doing what I was doing in the bakery

I have no more time now than I did at the old shop. Less time actually .. because it’s all new

We went from having 130 transactions in a day to 400. We assumed we would double .. we hoped we would triple .. but we didn’t realize we would quadruple. The majority of the transactions are within two one-hour periods(!)

Ryan:  Just keeping up with how to fill in that level of service is a challenge. It’s such a different world. We have a more complicated menu than we were fully prepared for. We brought the chef on half-way through the construction process .. after the blueprints were finalized

Is there anything you regret about the design?

I probably wouldn’t reproduce the choices we made with the front-of-house pastry cases. I would still want a dry case and a refrigerated case, but the grab-and-go just doesn’t make sense for us right now. So that’s one decision I probably should have stuck with what I knew. I didn’t give myself enough credit, how much my bakery/coffee shop would still be Arcadia’s backbone

The bakery and coffee shop items don’t cost a lot. Whereas the liquor, the wine, and the dinner. Those are bigger tickets. Right now the majority of our sales are still breakfast/lunch. Which is awesome, because these are my things.  If anything ever happened, I could still run the place and do ok with just Arcadia as it was

We have five full-time chefs in the back and they’re all trying to work on the line (half their line is a dishwasher).  So they have an island (18”) to use for prep, one little wheely cart, and maybe a 2 x 3-foot cutting board. That’s their space.

Then there’s my bakery

They keep trying to push into my bakery, and I keep pushing them back. It’s still the backbone. If you don’t have bread .. you don’t have anything you’re putting on the bread

So we’re learning how to work as a team You know everybody’s daily routine. Are there any funny customer pet peeves?

We’ve had people try to return coffee. They’ll buy a pound and say “Eh, this really wasn’t what I was looking for.” So I remind them we sell it by the cup if they’d like to try it first, and that brewing techniques are different

“I’ll take the beet locks bagel .. but will you grill it first?”

“I’ll have the Pâté medium-done or medium-well”

And then there are the most wonderful couple who stop in every morning. The first time they came they said “If you don’t screw this up, we’ll be in here every day”

He gets up at 4 am to go workout; so he’s coming in after and she’s coming from home. They have coffee and read the paper together

They’d both like a muffin with one drop of chocolate sauce (a tsp or less).  Skim milk in their drinks. His a 12 oz latte. Hers? A 16 oz iced mocha with one drop of chocolate .. a double-shot of regular espresso and a shot of decaf (but only pour half of it in).  Also a steaming cup of hot water. For each a to-go cup to pour in her lukewarm water (2″) and his ¼ of a latte

So I guess we got it right. But for every new person, they have to explain that order. She always takes a deep breath. It’s a lot to explain

Ryan:  They’ve been coming in for a while now and they’re very nice people

Did you ever tweak it? Just to mess with them and see if they can tell the difference?

She swears she can

Is there any chance that Ryan’s homebrew will make it to Arcadia?

On that front, I do have plans for the near future. I’d like to do some guest brews at the breweries. That way I can have a keg of something I brewed and we can collaborate What makes a good customer?

I liked when your husband first came in. He said “I don’t do this regular thing. Let me order because maybe I don’t want the same thing.”  So that’s how he always prefaced it, and I appreciated that

Ryan’s mom is the world’s worst customer. She doesn’t know anybody and says, “I’ll have my usual”

Employees don’t know who she is. One of the girls asked, “Can I just get your name?”

Ryan: She wouldn’t give her name. “Just put it on my tab”

“But I don’t know who you are”

Good customers are patient and kind to our employees. For example, if somebody is clearly struggling, don’t let them struggle

Ryan:  They’ll communicate their expectations without being a jerk about it. They won’t wait until everything has gone badly and then say something at the very end

Unrealistic expectations. If you see people trying to work their hardest and you’re not getting the best service, but you also see that it’s busy

We have some people who know us outside of the shop, and they always come in when it’s busy. They’ll be talking to me while I’m trying to take their order. I’m trying to process what’s happening over here, their order, and getting it down. So I ask them to repeat it

“But I’ve already gone through this”

Another good example:  We were re-doing our chia recipe and I asked some people try it out. The first time around, it would have been a $7 drink, and so we had to cut back on what was in it

“It’s never been as good as that time”

My first bagel with lox was at Arcadia, and I’ve loved them ever since.

A bagel sandwich layered with incredibly flavorful ingredients. Lox, herb-spiked cream cheese, capers, tomato, and onion. The recipe is more of a guide, rather than something to be followed to the letter.

A sandwich that’s the making of a great meal, for any time of the day. Start your day off right by having one for breakfast. Refuel your energy and have one for lunch. Or, throw one together for an easy weeknight dinner

Wondering what’s the difference between lox and smoked salmon? Me too

Use whatever bagel you like, knowing it will taste best with something that isn’t too sweet  (at Arcadia they’re served on an everything bagel)

~ Adapted from The Seattle Times 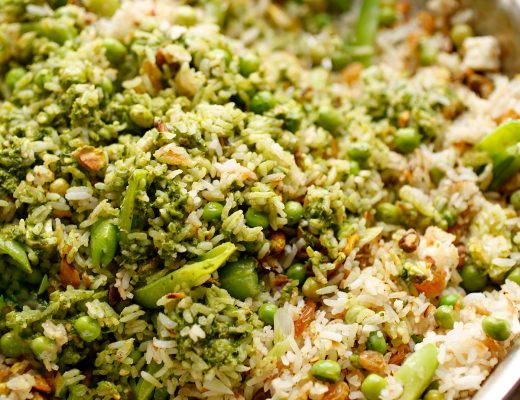 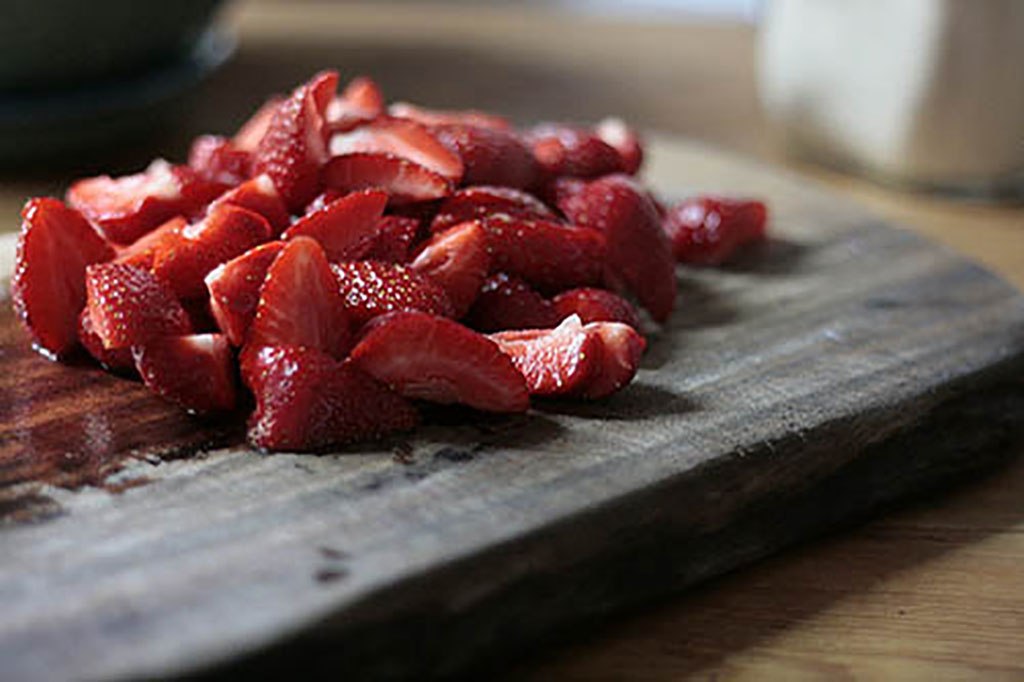 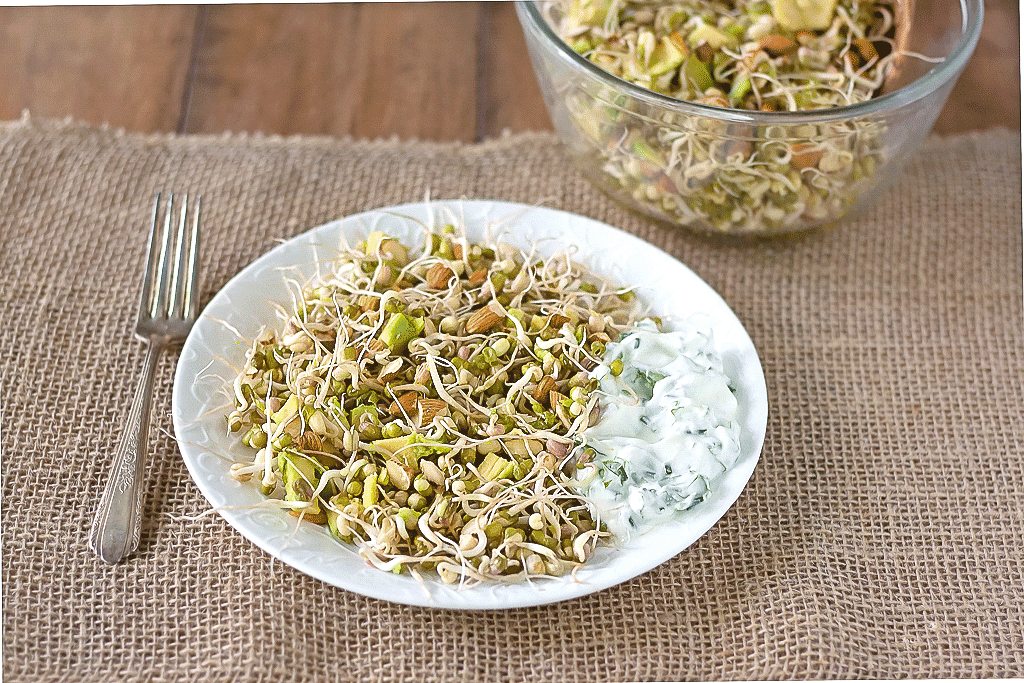