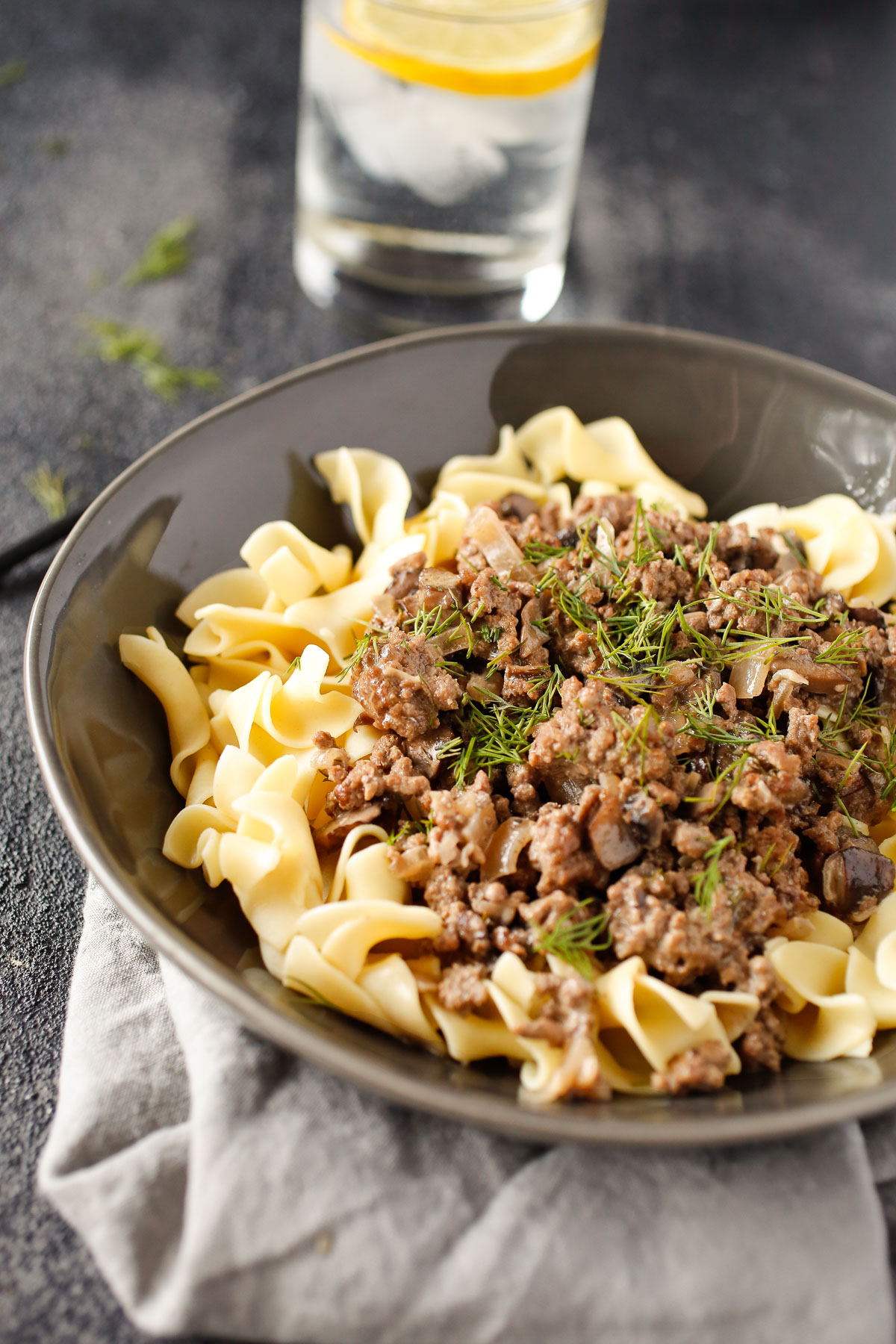 “Hey, how about… oh, how about some coffee or, you know, drinks or dinner or a movie… for as long as we both shall live?” — You’ve Got Mail | Nora Ephron

Today .. a continuation of a week-long series here at The Veggies

Liz Jeffrey and her husband Ryan are the geniuses behind Arcadia .. one of Ames, Iowa’s most loved coffee shops. Home to “The slowest cup of coffee in town”  Not only is their food comforting (mmmm .. Laksa soup and Sweet Potato Gnocchi), but the homey vibe makes you want to stay a while, have a turtle bar, and take a million Instagram pics

In Part I – They chatted about moving to Ames .. early experiences in the culinary world .. and her parent’s funny reaction when she told them they were getting married

In Part II – Liz shared her journey toward perspective .. why she doesn’t take short cuts .. and a terrifying late-night robbery that would forever shape their business strategy

Ahead they offer words of wisdom to someone thinking of opening a restaurant .. the bachelor food they love to cook at home .. and the unexpected origin of their cheesecake recipe

What’s it like running a business with your spouse?

I’m at Arcadia day-to-day and Ryan’s my support crew. He does things like payroll and looking over the books. He’s also there to talk through problems or remind me to chill out. If someone was really under my skin that day .. he’ll say “They’re people too and we need to be kind”  or  “You’re being unreasonable .. so get over it”

Ryan:  From a people’s perspective she’s (by far) more of a perfectionist

Ryan:  I started out doing all of the coffee roasting .. which Liz has taken over more of. But I still set all of the recipes

My pallet’s not awesome

We’ve always worked pretty well together. If one of us shows a preference for something .. we tend to let the other do that. We’ll help refine and help push .. but if somebody has a vision .. that’s the way we’ll go

Ryan’s family has always allowed us to follow our dreams. There’s no way we could have opened Arcadia if his parents hadn’t sponsored us. No way anyone would have given us the money. It was very risky.

Ryan: I don’t even notice it Are you glad you hired a dedicated Chef?

Brian (or chef) is someone I went to college with, and he’s very talented. Over the years .. he’s worked at a number of places in town. I always assumed he was happy and wasn’t going to approach him. That is .. until we discovered he was looking to move on

The goal was I wanted to get back to baking and working on the pastry side.  I didn’t want to develop a menu or have to do a lot with it. I told him “I’ll be your support staff.  This is the layout we have. Good luck”

He’s pretty much set the menu, which is far more ambitious than I imagined it would be given the space we have

For the pastry side .. I’ve chosen to do things I can teach anybody to make. I wanted six desserts in the case, and currently, we have four. But they’re very simple things. I can show someone in six weeks how to make and reproduce them

I like diversity and strength of flavor. So we have the mousse (something chocolatey) and something gluten-free. We have the key lime bar, which has a bright flavor and also the bread pudding. The bread pudding is something we pretty much always have because we bake so much bread. It’s really popular.

Ryan:  It comes from my aunt’s college roommate

What are some of your biggest challenges?

Even those you’ve trained. They’ve produced the skill a hundred times, but there’s always that one day they just don’t do it, and can’t tell you why

“Why did you bake the cake you’ve made fifteen times before in one pan instead of two?  Why did you leave with this in the oven and not tell anybody?  Why didn’t you do this list?”

Everyone has bad days, right? Is hiring tougher in a college town?

Everyone is temporary and exist on the university’s schedule. College breaks are something they expect. Even though jobs don’t really do that .. we’ve had to for some of them

This job isn’t getting them towards their career.  It’s just a space filler, and they’re never fully committed

What advice would you give to somebody who’s thinking about opening a coffee shop/restaurant?

Have a second income. Ryan has a real job. A job that pays monthly and offers health insurance

Stay true to your goals

There are a few places we’ve watched whose owners have tried to be everything for everybody. I look at them and think, “You can’t do it”

When we originally opened, I decided to do the best I could with what I had. Our menu was very limited. As our staff gained experience, and I got more sleep, we added. It took me a year to add a sandwich. We had breakfast and the Arcadia dog for the first year.

Customers remarked how nice it would be if we offered soup. They were right, but I had a single burner and a one-gallon soup pot

Every time we added something, it had to be on our time. It had to make sense. I’d think “What grocery list am I willing to add?  How will this change my production? What extra things will we have to do if we add this to the menu?”

For us, too, being successful is simply having that one place that works. If we go on vacation, it will hopefully exist when we get back. We’re not looking to be a chain I’m in at 5:15 am. By that time the proofer has turned itself on, it’s at 90 degrees with humidity, and ready for the croissants. We’ll make regular croissants, as well as chocolate and ham and cheese.  We’ll need to have buns for the quinoa burger.  Those things all need to go in because they take at least 60-90 minutes

Then I’ll start the scones. We only have two deck ovens, which is actually less oven space than our old shop. Maybe not the best idea, but these were the ovens I wanted, and I found them for a good price on eBay

I open the door at 6:30 am. By that time, the next prep cook and barista are there and I’m just pulling scones out of the oven. The croissants are almost ready to go back in, and I’ve created the dough for baguettes. We make our own bagels.

Throughout the morning, there is always dough either being shaped or baking. Most days there is somebody actively baking something from 5:30 am until 4 to 6 at night.

I have four bakery employees and at some point, I turn it over to them. That way I can begin making lists. Lists to do the cookies, cake, mousse, and other breads. The mixes. We make our own mocha mix, hot chocolate, and chai

We check our inventory. I’ll also enter in all of my receipts and do any ordering that needs to be done. Respond to the multitude of emails

My time gets filled

We also have a management meeting every other week with our chef, the manager and I. We all get together and hash out the day-to-day problems and things that need to be addressed

How do you handle stress?

My biggest trick to staying healthy is to get a monthly massage.  I’m also asleep between 8:15 and 9:15 every night, almost like clockwork.  Ryan doesn’t sleep at all Outside of the Arcadia menu .. What are the things you eat over and over again?

Ryan:  Before I met Liz, I cooked basically five things for dinner. There were varieties .. I’d do a de Burgo sauce .. or a mushroom sauce with a steak

He didn’t have much of a budget in college

Jar directly in the microwave oven

Ryan:  That was pretty much my rotation

So we eat hamburger stroganoff probably twice a month. From my side of the family .. curry. We buy the 99 cent country ribs, I slice them and we make curry   (ps: Penzy’s curry spice – love it!)

We also make dirty rice the way my mom used to make it. Rice with the Hillshire smoked sausage. I throw in green beans and peppers and various things from the fridge Admittedly, I’ve never made beef stroganoff – the classic kind I imagine they served at the Russian Tea Room back in the day. But I fondly recall the church lady hamburger version my mother used to make back in the day

I browned the meat in a large skillet, taking care not to stir it(!)  Just let it cook on relatively high heat until well browned before turning it. The browning is what brings out the flavor. Using the cooking of the onions and mushrooms to scrape up any of the browned bits, and deglaze the pan to get the rest

At this point, I added some homemade bone broth, greek yogurt, Dijon, and a decent amount of Cognac. (Who said it couldn’t be fancy)

I stirred until the sauce was evenly creamy, letting the flavors get to know one another and then poured it all into a shallow serving bowl. I took it straight to the table where a big bowl of egg noodles, tossed with fresh herbs awaited

There was a basic green salad to go alongside, some wine, and then very little talking. Though this time it was the right kind of silence – we were too busy eating 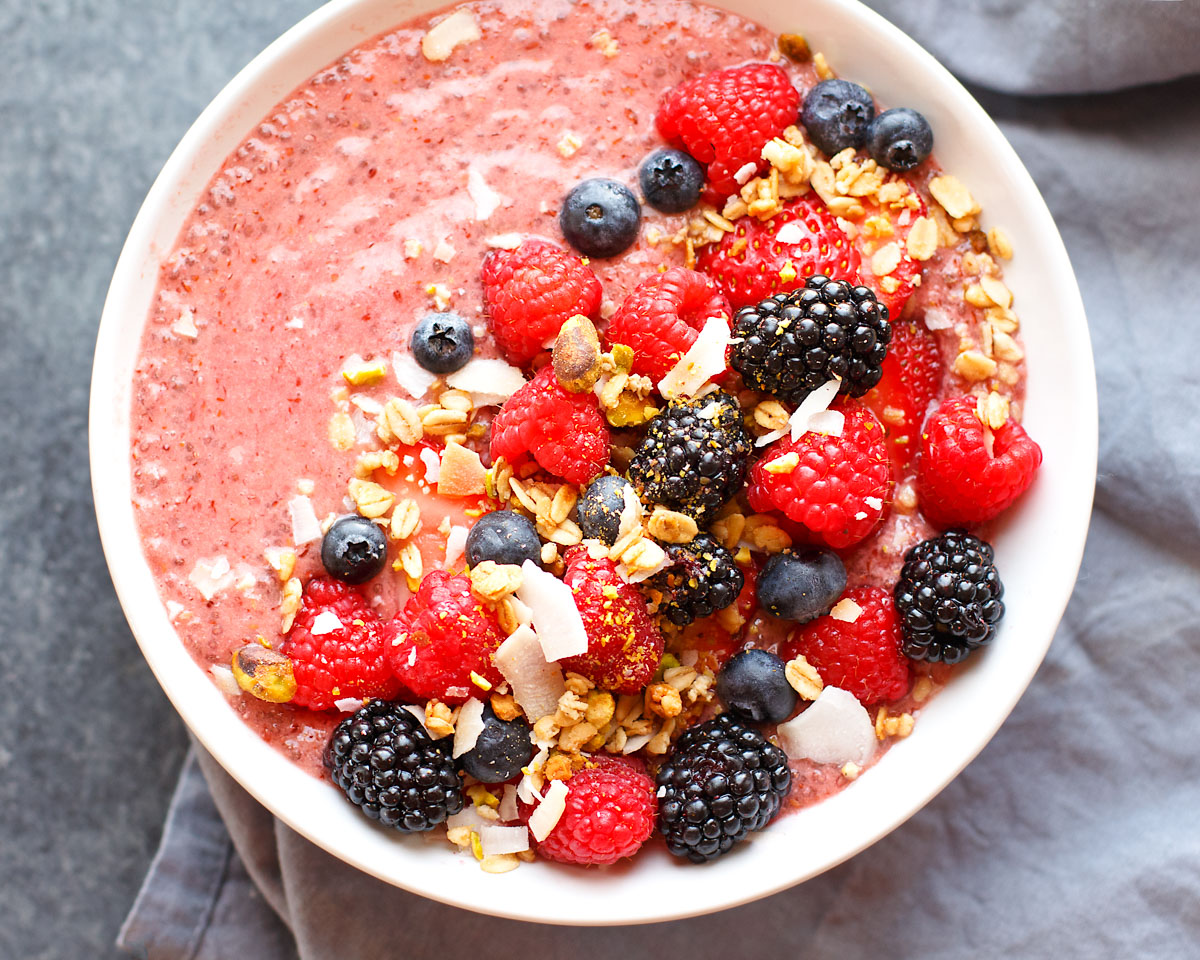 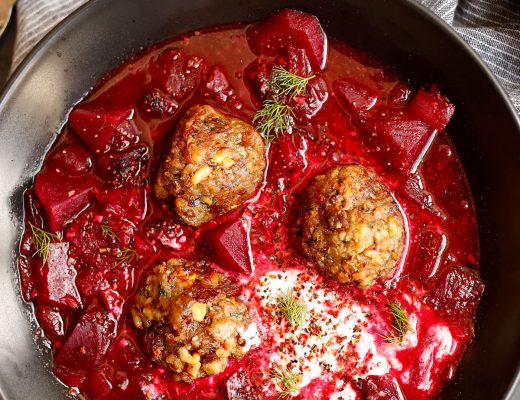 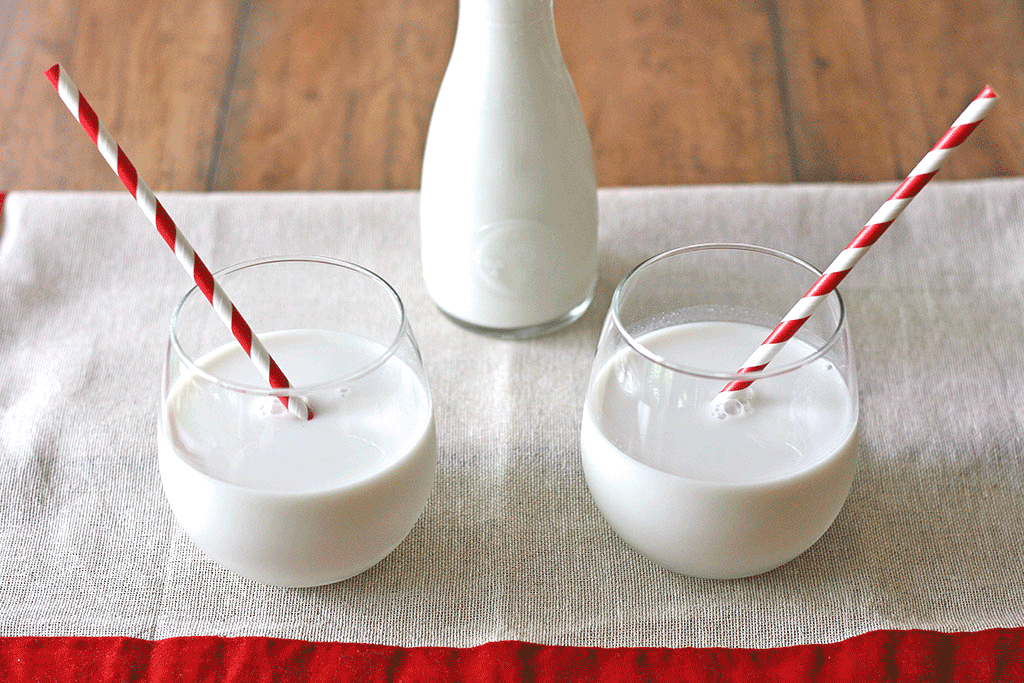