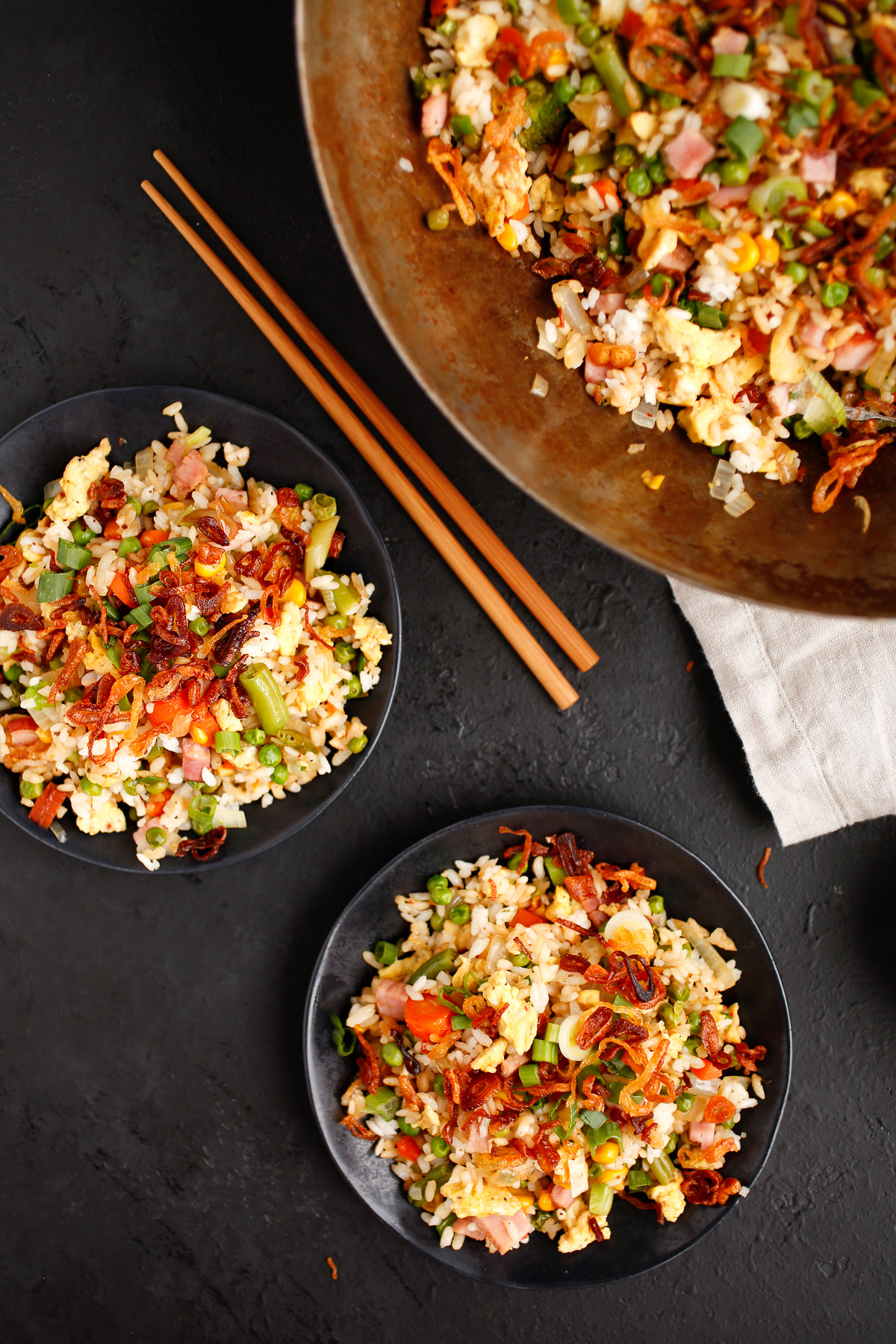 Friends, I know it’s the first weekend of Spring .. 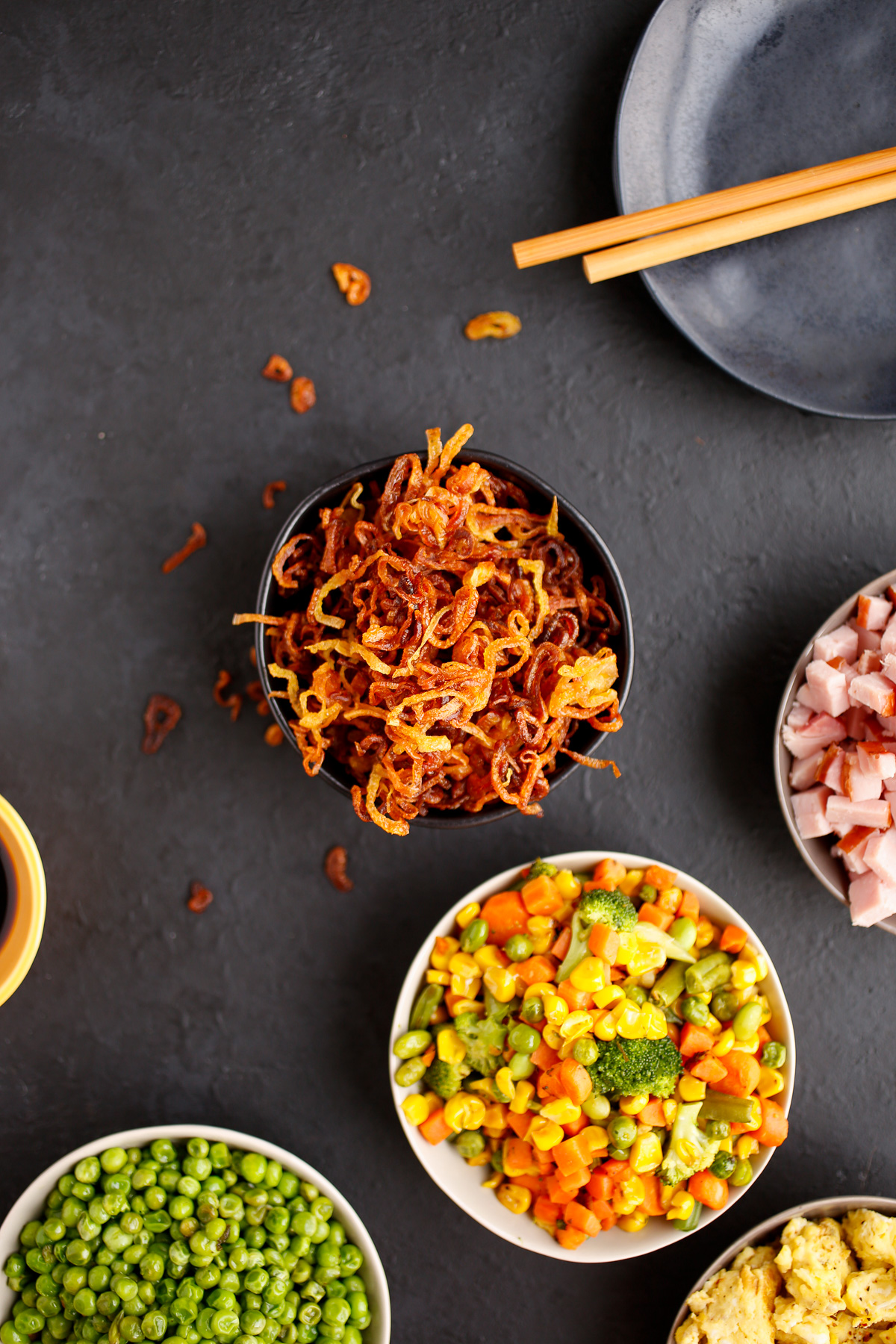 Most of us are (hopefully) going to be spending it outside picnicking or engaged in some form of early-spring eating.  In fact, this afternoon on my way home, I ran into some neighbors, lugging a bag of charcoal briquettes up to the rooftop, waxing poetic about the finer points of grilling a burger

What I wanted to tell them, and you, too, is:  this weekend, do yourself a favor and also make a big pot of rice.  Add to your grocery list some veggies, fresh or frozen; it’s all good.  Come midweek; your efforts will be

After a long day at the office, the last thing we want to come home to is a long list of chores.  Which means we’d love something for dinner that doesn’t leave us with a big pile of dishes or take as long to clean up as it did to cook

We want meals that are simple

There’s nothing more relaxing than tending to just one pan, building flavors step by step rather than manning multiple burners.  And when it’s over, only a skillet (or wok), a knife, and a cutting board need to be cleaned 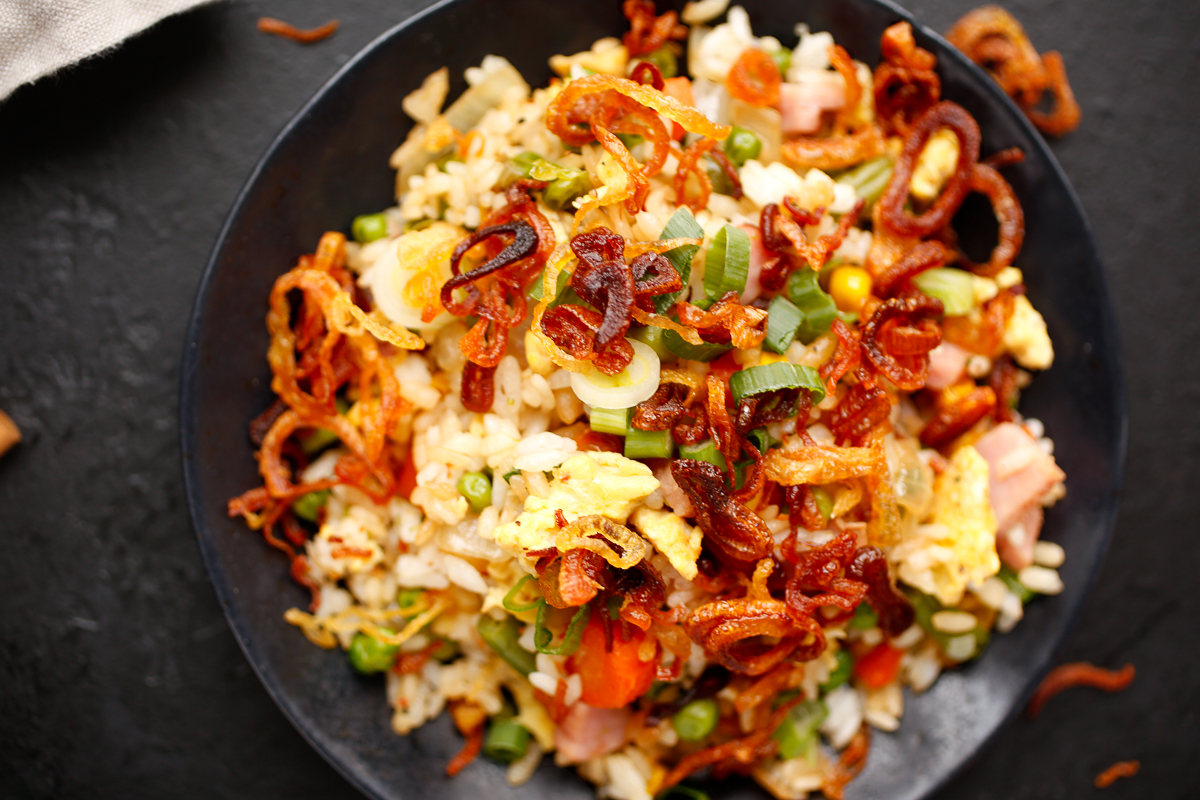 I can’t believe it’s taken me this long to write about fried rice.

The one meal that always feels like a big bear-hug from my son, because it was the first thing he learned to cook on his own.  If memory serves, he fell in love with it after tasting Costco’s frozen version at a friend’s.  And it wasn’t long before he decided we needed a kitchen upgrade if there was any hope of reaching fried rice nirvana

The wok I’ve been cooking from ever since, and I sure wish I had a dollar for every time he’s made fried rice over the years

Seeing as this site is the place where I put my favorite things, I thought it was time to finally record it here.  To officially file it as a Keeper 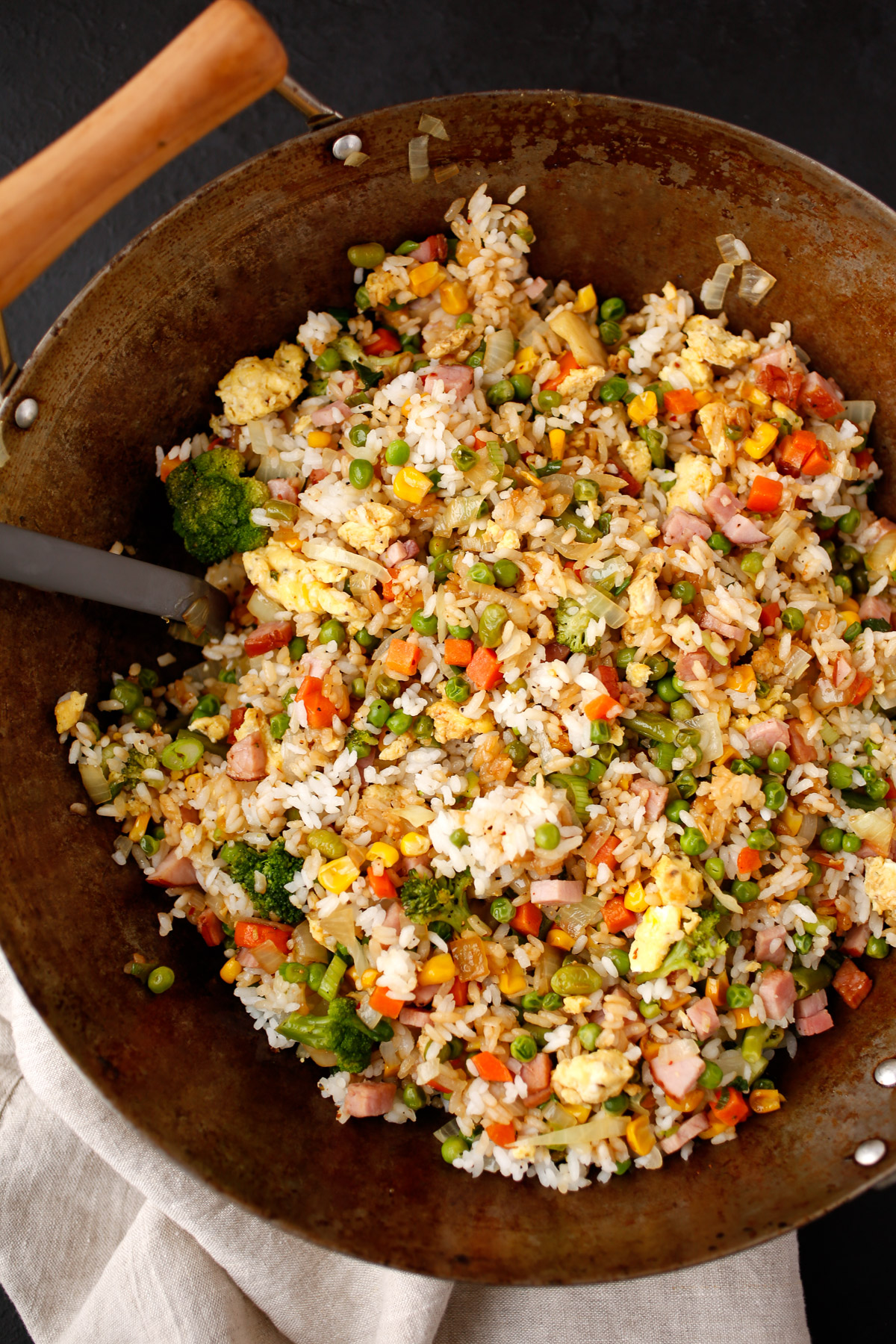 I imagine fried rice must be a little like meatloaf or Christmas cookies, in that every family has their own unique way of doing things.  Although I’m sure that his version wasn’t so much an heirloom recipe as simply a quick, easy, and comforting way, he’d figured out how to make himself something for dinner

It always began with toasted sesame oil, eggs, a generous pinch of salt, and a screaming-hot wok.  He’d whisk vigorously with chopsticks until they were scrambled into the smallest of wisps, before setting them aside.  When cooked first, he’d argue, the eggs stayed fluffy and separate from the rest of whatever was to come

Another tip?  Use the very best eggs you can buy

Next came diced onion, sauteed until translucent, green peas or other veggies, most often straight from whatever bags we had in the freezer and thawed in the wok.  Some form of cooked, diced meat (usually, bits of deli sliced honey ham) followed before it all was stirred up with rice, crackling softly, until a crispy crust formed along the bottom and everyone had seconds, thirds, and fourths

After a while he had the entire thing perfected, and it was pretty spectacular

It’s hard to imagine needing anything else, except maybe some sesame seeds, sliced scallions, or crispy fried shallots as a garnish.

Oh, and a fried egg(!)  Yes, I almost forgot that part 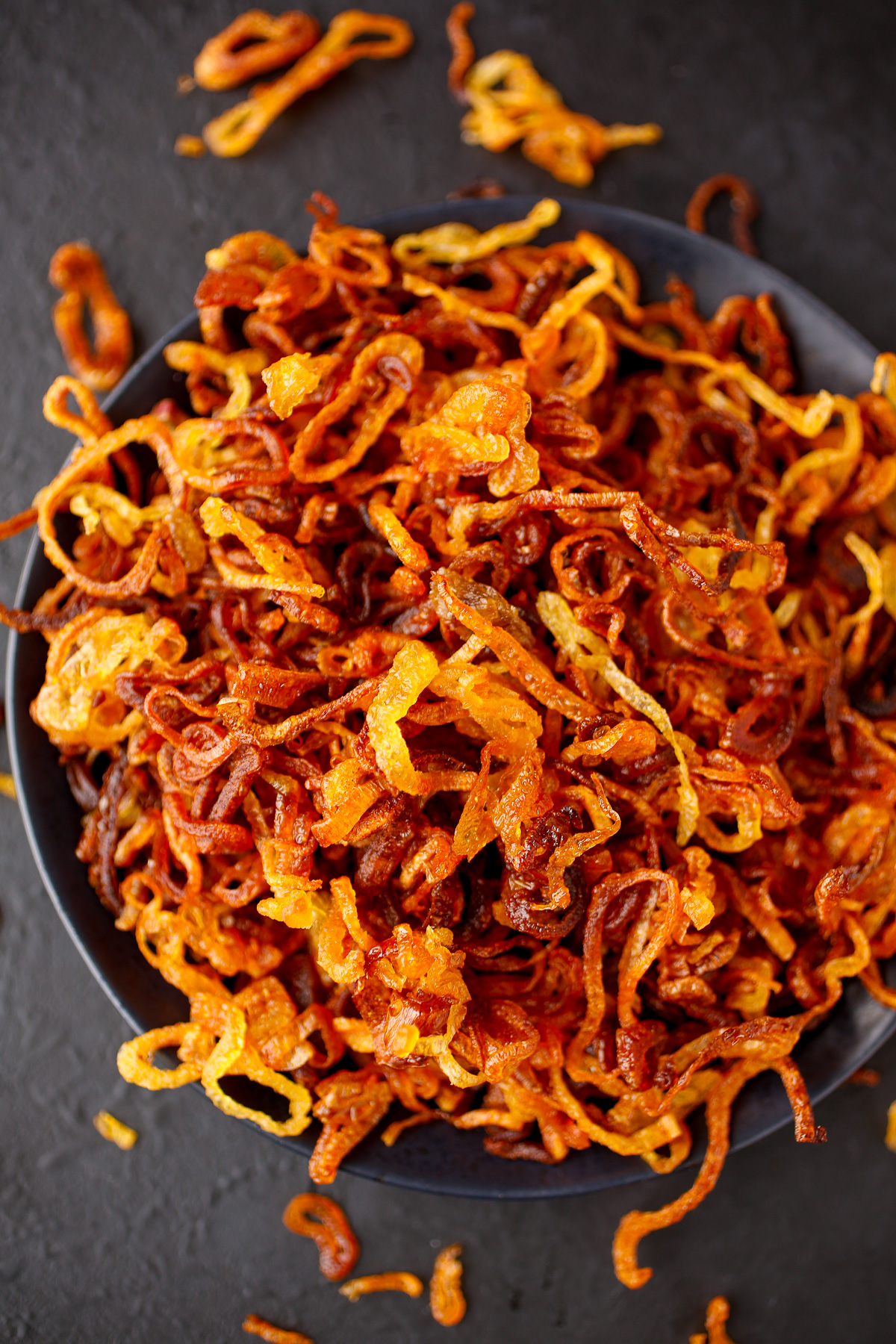 A few thoughts about the rice:

So many people swear by using day-old rice, and I hate to judge their process.  At the same time, we’ve always had really good results with freshly cooked rice, cooled for only a short period of time

It made a lot more sense after stumbling upon an article from Serious Eats, detailing fried rice techniques.  After much experimentation, they’d discovered it wasn’t the age of the rice that mattered, but rather the dryness of its surface.

Their best results originating from fresh rice that had been spread onto a sheet pan and held under a fan for an hour or so.  Second, was fresh rice, again spread out on a sheet pan, but instead, allowed to steam dry for only a few minutes.  Last, but not least?  Day-old rice 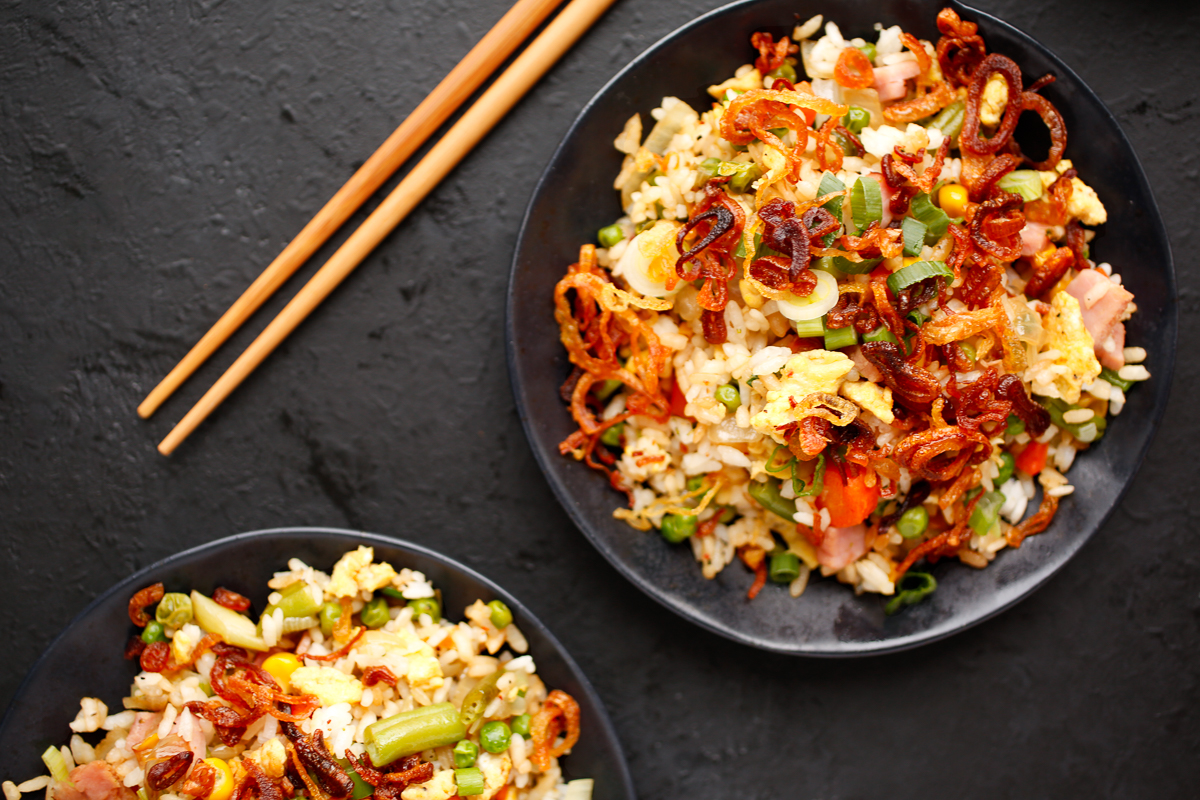 A few other tricks:

If starting with raw veggies, cut them up into roughly the same shape and size.  Also, give some thought to cooking times, remembering to first add those that take a little longer to cook (think carrots, mushrooms, etc .. )

About the pan: if you have a well-seasoned wok, this is the time to use it.  If instead, you find yourself with just a heavy skillet and an electric cooktop, never fear .. you’ll be just fine.  At times, I’ve reached for my big cast-iron pan. It’s nicely seasoned, but the rice does stick just a bit.  (One word of caution: I wouldn’t use a nonstick pan because the coating probably isn’t safe for use at high temperatures) 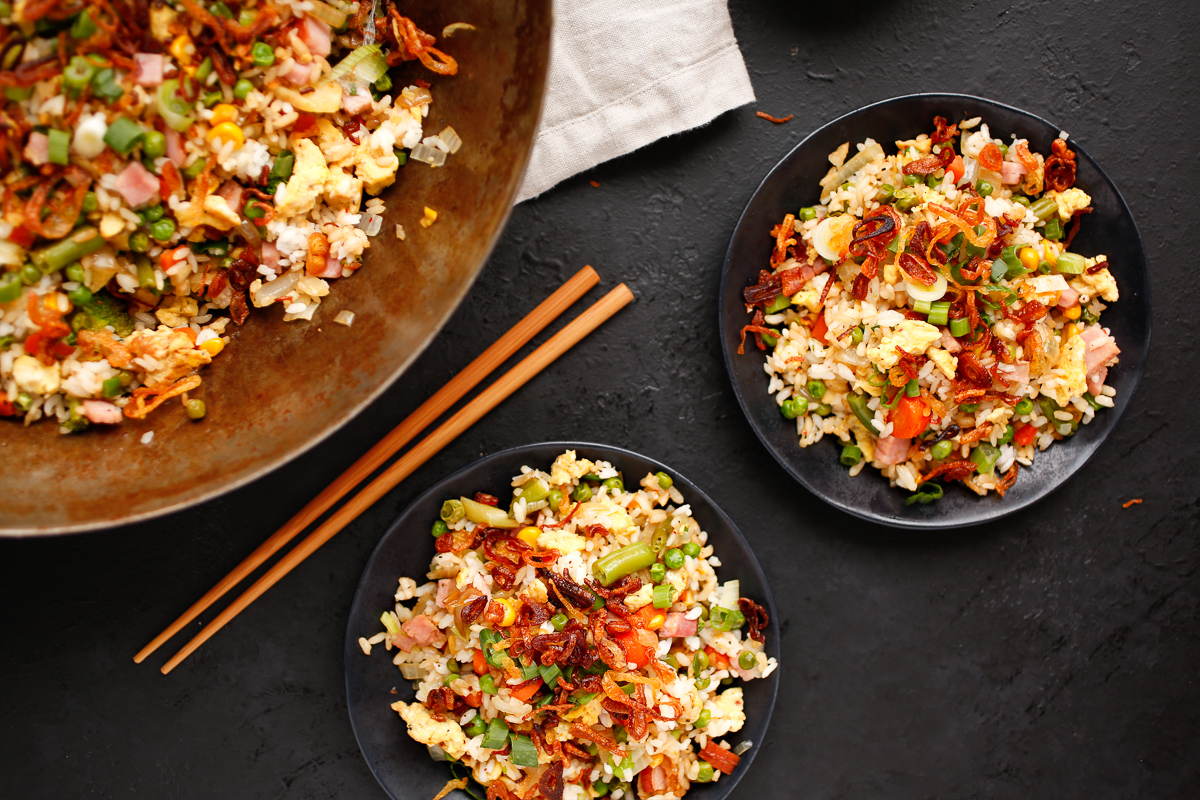 If you’d like your rice to be brown, you’ll want to use either a thick soy sauce or dark soy sauce mixed with a little bit of ground bean sauce.  I’m a bit partial to the later, finding the combo far tastier

~ Adapted from A Common Table by Cynthia Chen McTernan 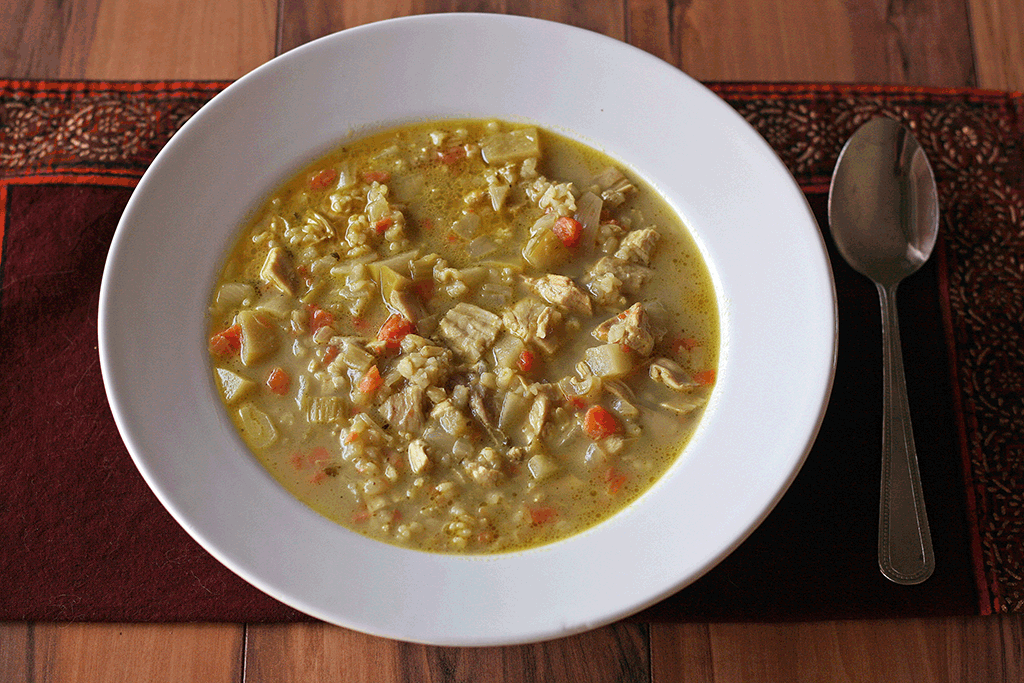 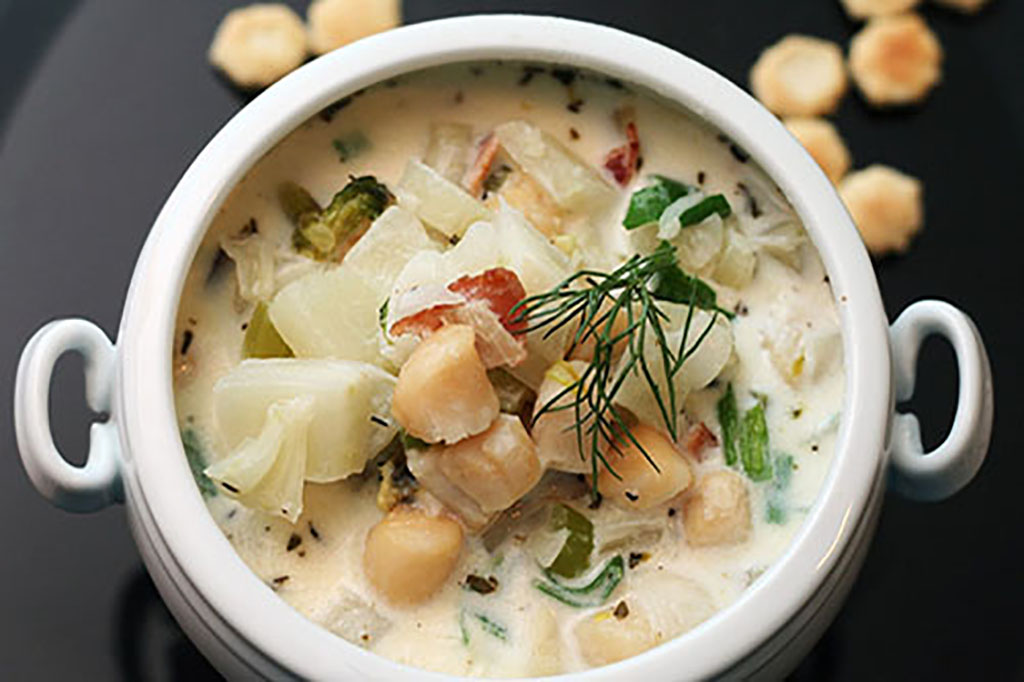 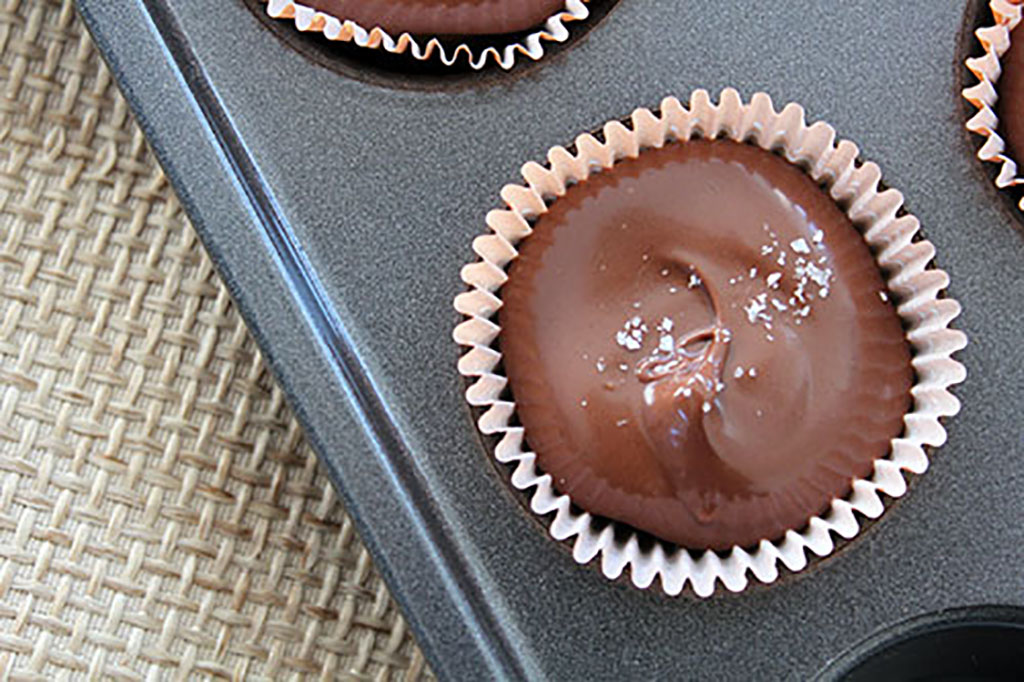