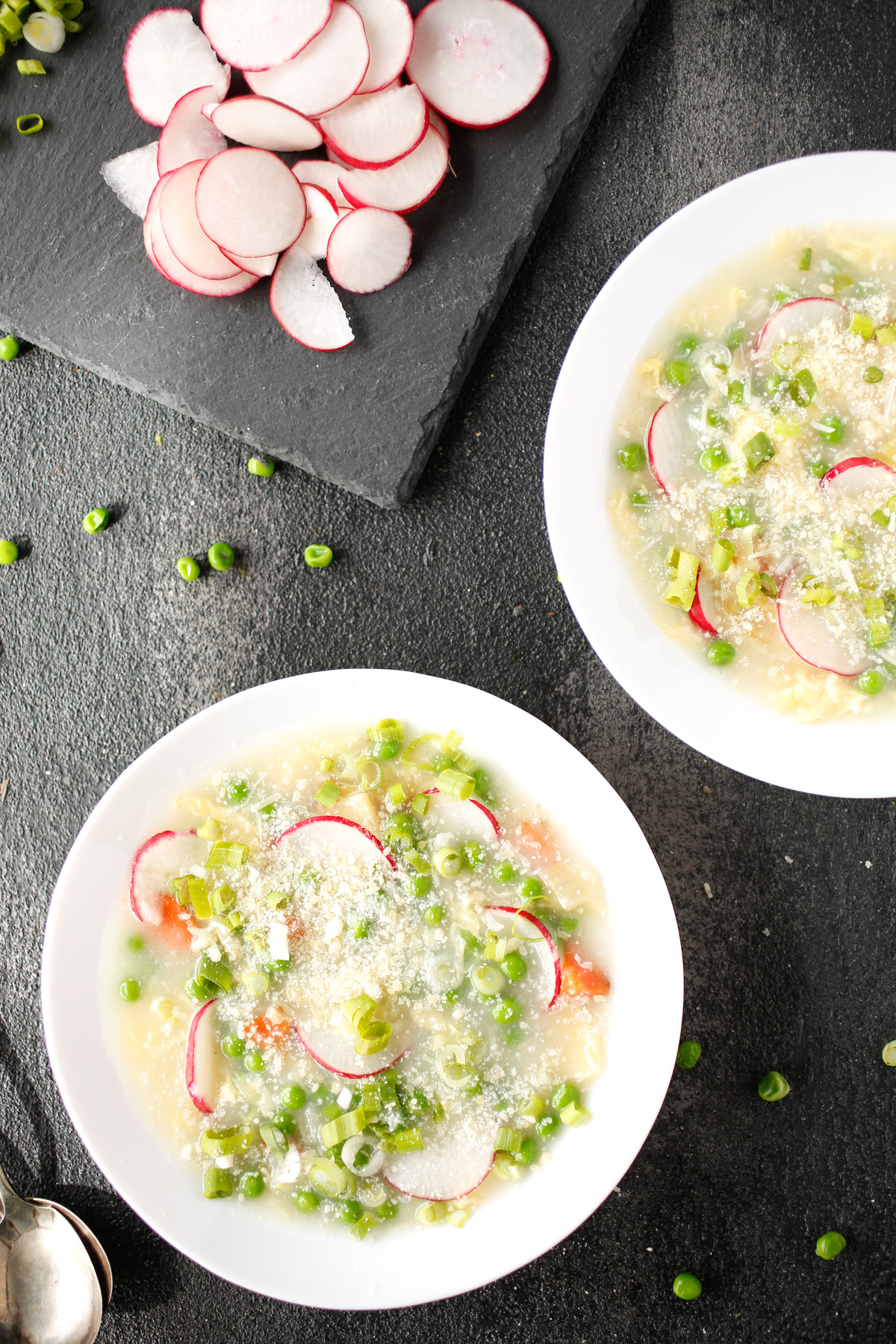 What organ in your body is a rebel against authority?  The only one that can get things done without being bossed around by the brain? 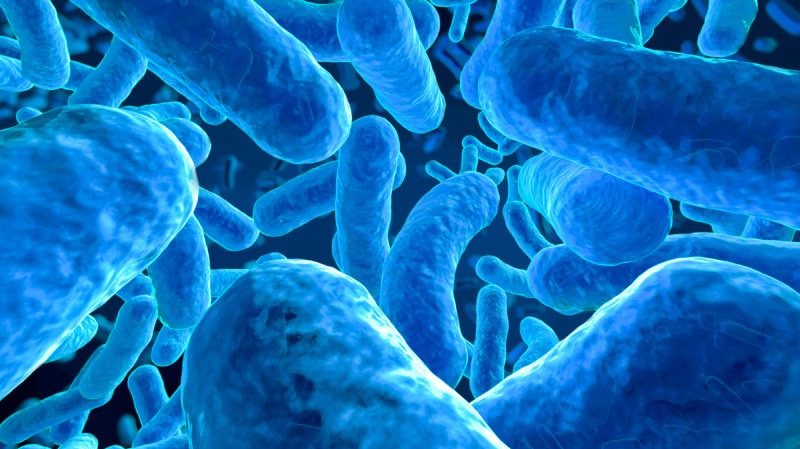 Yep, it acts as its own brain and doesn’t wait for anyone to tell it to do its digestion work.  No other organ, not even our heart, can pull that off 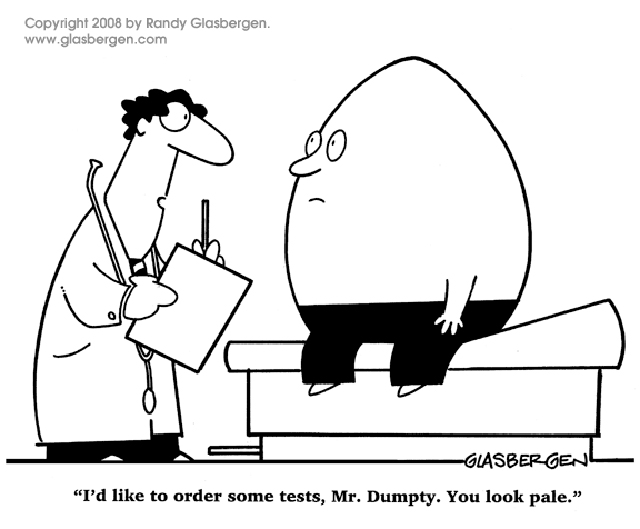 While SIBO has several symptoms that overlap with other conditions, there are certainly some that are big red flags

Do you bloat or experience some level of GI discomfort after eating foods with sugar, fiber, starches, prebiotics/probiotics, fiber supplements, fructans, or galactans?

Do you have loose stools?

Do you experience belching, heartburn/acid reflux/GERD, or abdominal pain/cramping and nausea?

Are you carbohydrate sensitive or intolerant? 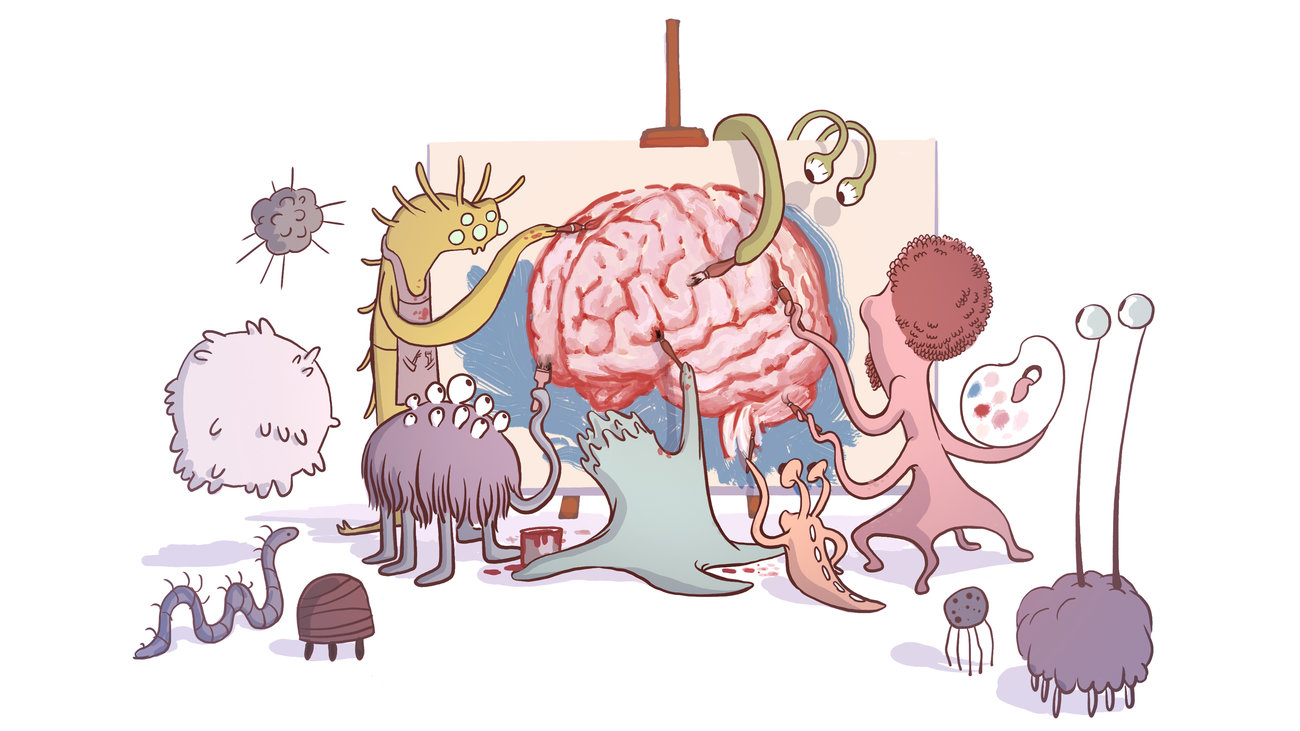 It’s amazing how, when something is off in our gut, the effects are felt throughout our entire body.  Other symptoms to keep an eye out for

Brain fog – Because of the gut/brain connection, people who are dealing with SIBO are also experiencing some level of brain fog.  Why?  The gut and the brain are far more connected than we think and work together in the most beautiful of partnerships.

Fatigue and headaches – It’s very common that people with SIBO are dealing with fatigue.  Even chronic fatigue if they’ve had SIBO for quite some time.  In part because vitamin B12 is a common deficiency associated with SIBO, and B12 plays a significant role in our body’s energy production

Joint pain – There are inflammatory receptors throughout our bodies.  Therefore, when there’s inflammation in the gut, it can lead to an inflammatory state in the entire body.  Which, in turn, will lead to a whole host of aches and pains, especially for people who are dealing with this chronically

If not dealt with, the inflammation can even lead to an autoimmune disease 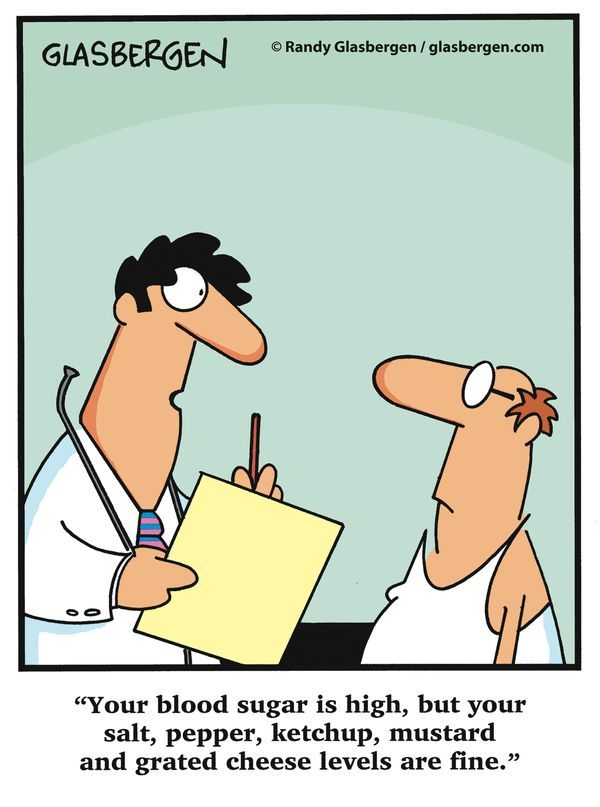 Malabsorption problems and nutrient deficiencies – Fat-soluble vitamins are of special concern, especially any of the B vitamins, including vitamin B12, folate, B6, and even iron

Readers of The Veggies know how to feed ourselves well.  We know it’s best to focus on good quality organic foods, grass-fed protein sources, organic fruits, and veggies.  But if our blood tests show a different story, one of being malnourished, SIBO could be a bigger cause to consider

Iron deficiency anemia – A special note about iron.  If someone is deficient in iron, this is really a deal breaker as far as health is concerned.  Until it’s dealt with, it will be next to impossible to restore balance to the body

Typically, when an iron deficiency is recognized, people are given an iron supplement, and it makes a lot of sense if you think about it.  The problem is that taking a supplement isn’t going to do much if they have SIBO or some other underlying factor that’s inhibiting their body’s ability to absorb and assimilate the iron 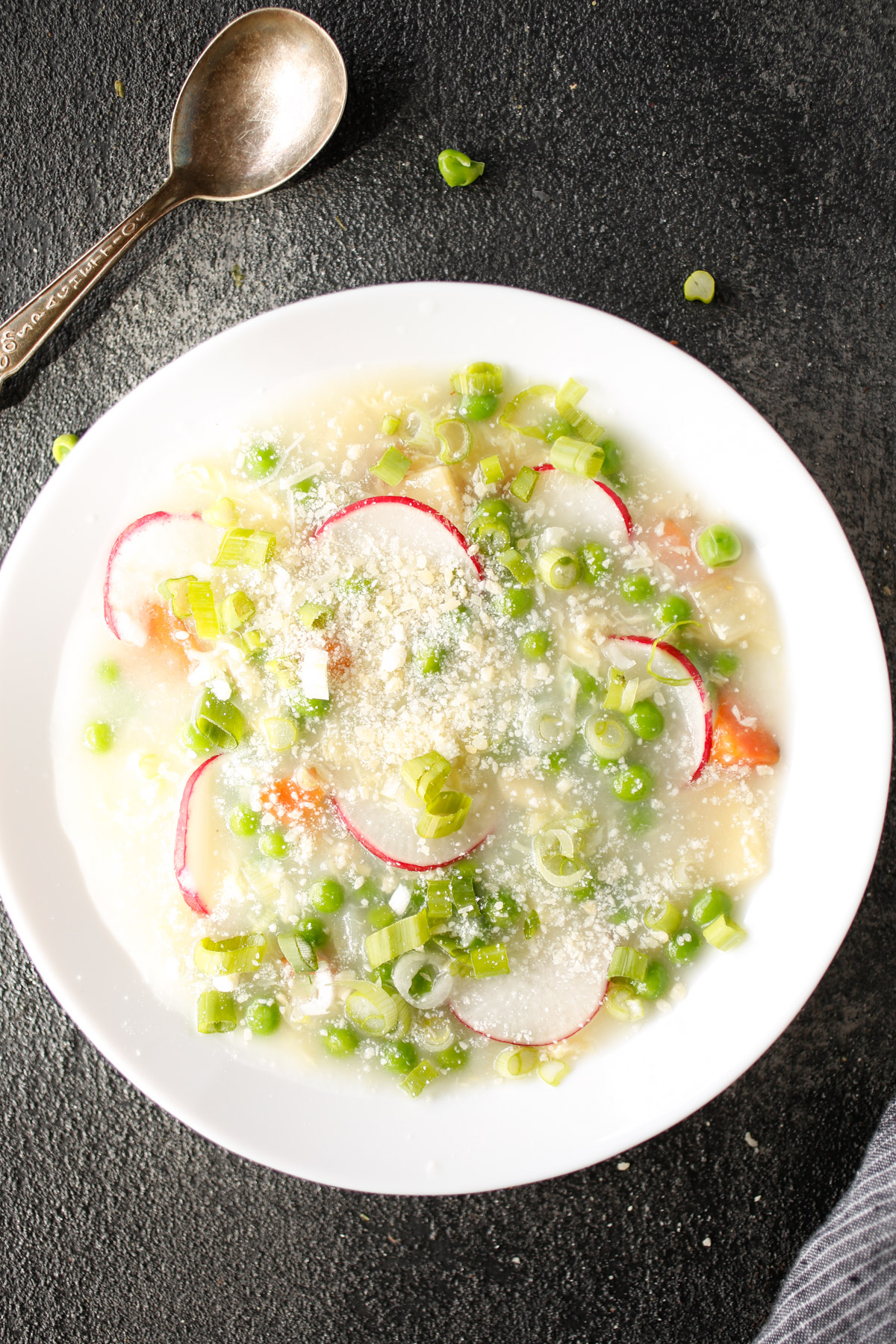 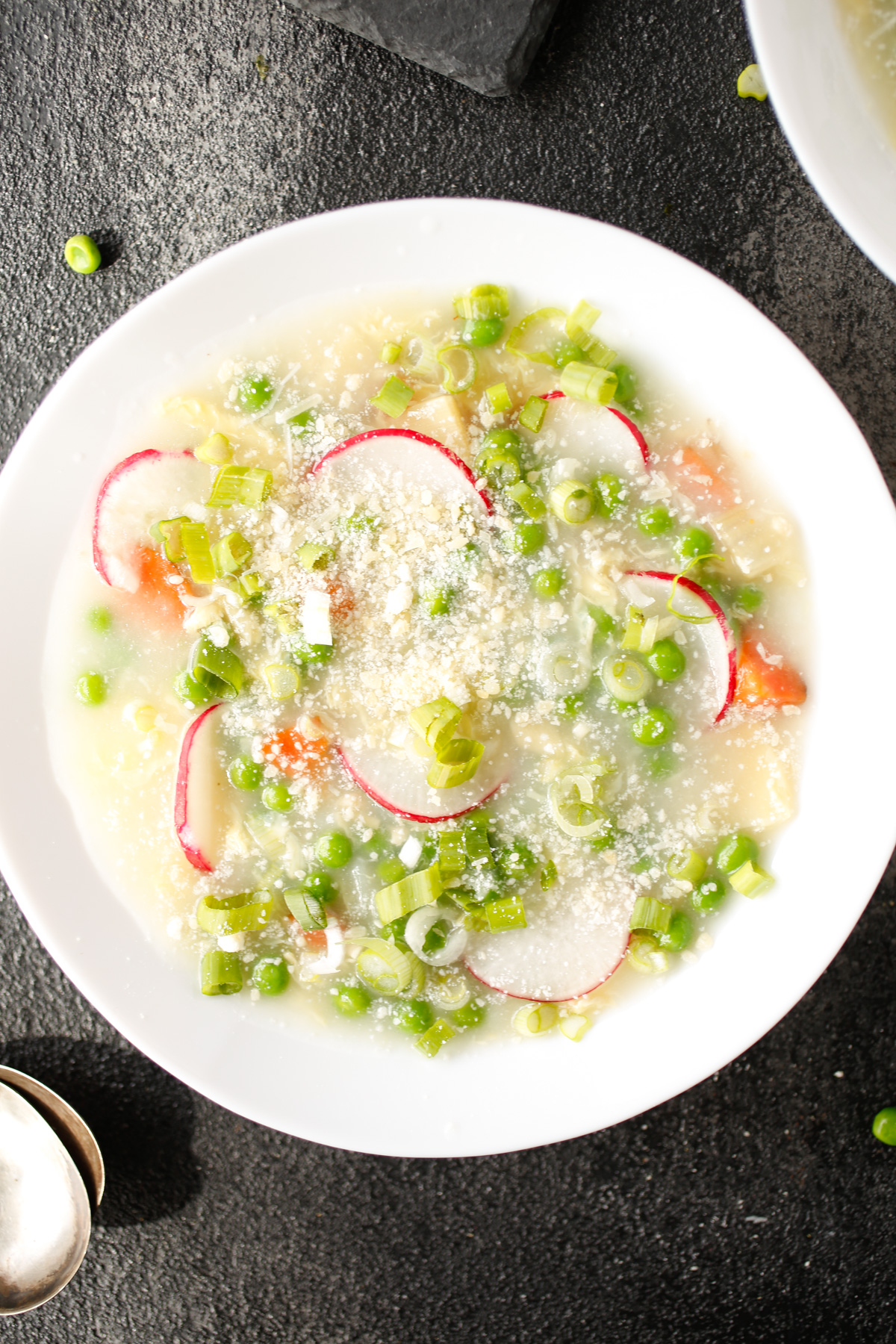 SIBO’s ties to other conditions

66% of people who have Celiac with persistent symptoms

53% of people who regularly use antacids

78% of people diagnosed with IBS

33% of people with chronic diarrhea

34% of people with pancreatitis

15% of the elderly population

At this point you might be asking yourself, why in the world would it develop?  What can you do to prevent it? 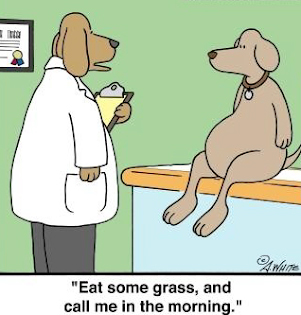 During this series, I’ll be featuring recipes that follow the low FODMAP diet, which is often recommended to someone recovering from SIBO

A simple soup I’ve had on repeat as of late.  Nothing fancy, just chicken bone broth and eggs, with a spring twist.

It’s so easy to make that it really is the sort of thing you can summon the will to cook, even on busy weeknights.  I started making regular egg drop soup this past winter when I wasn’t feeling well.  Nostalgia for a soup my husband and I always pick up for each other when we’re under the weather

In this version, parmesan and eggs are whisked together and poured into the bubbling broth.  It may seem ordinary, but I chose it precisely because it is so simple and so good.  Elevated for Spring with peas and radishes

The result is phenomenal 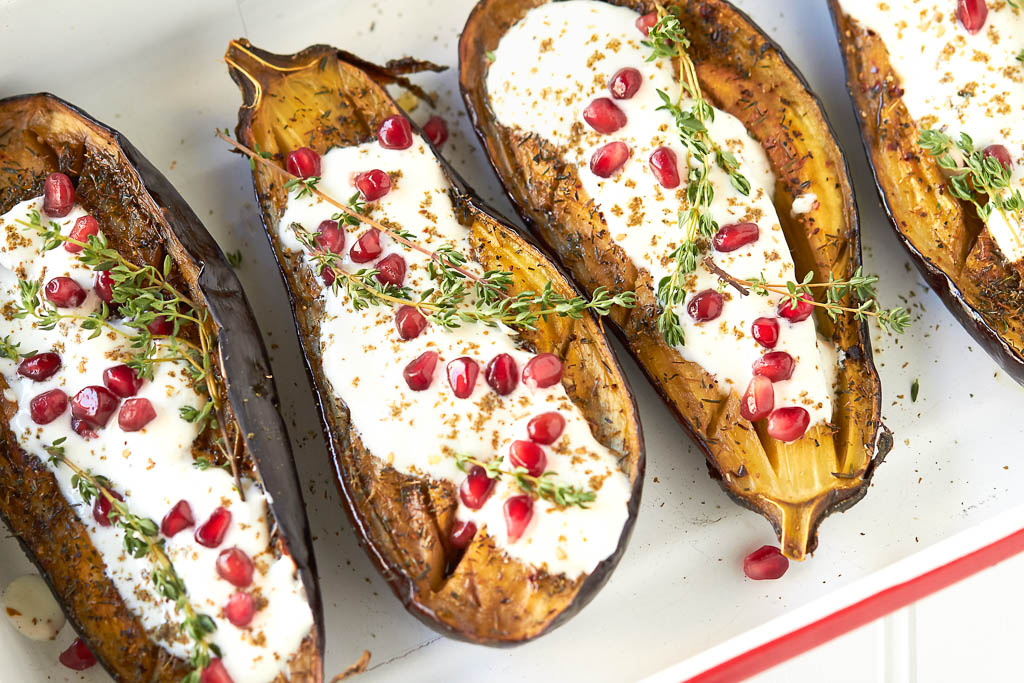