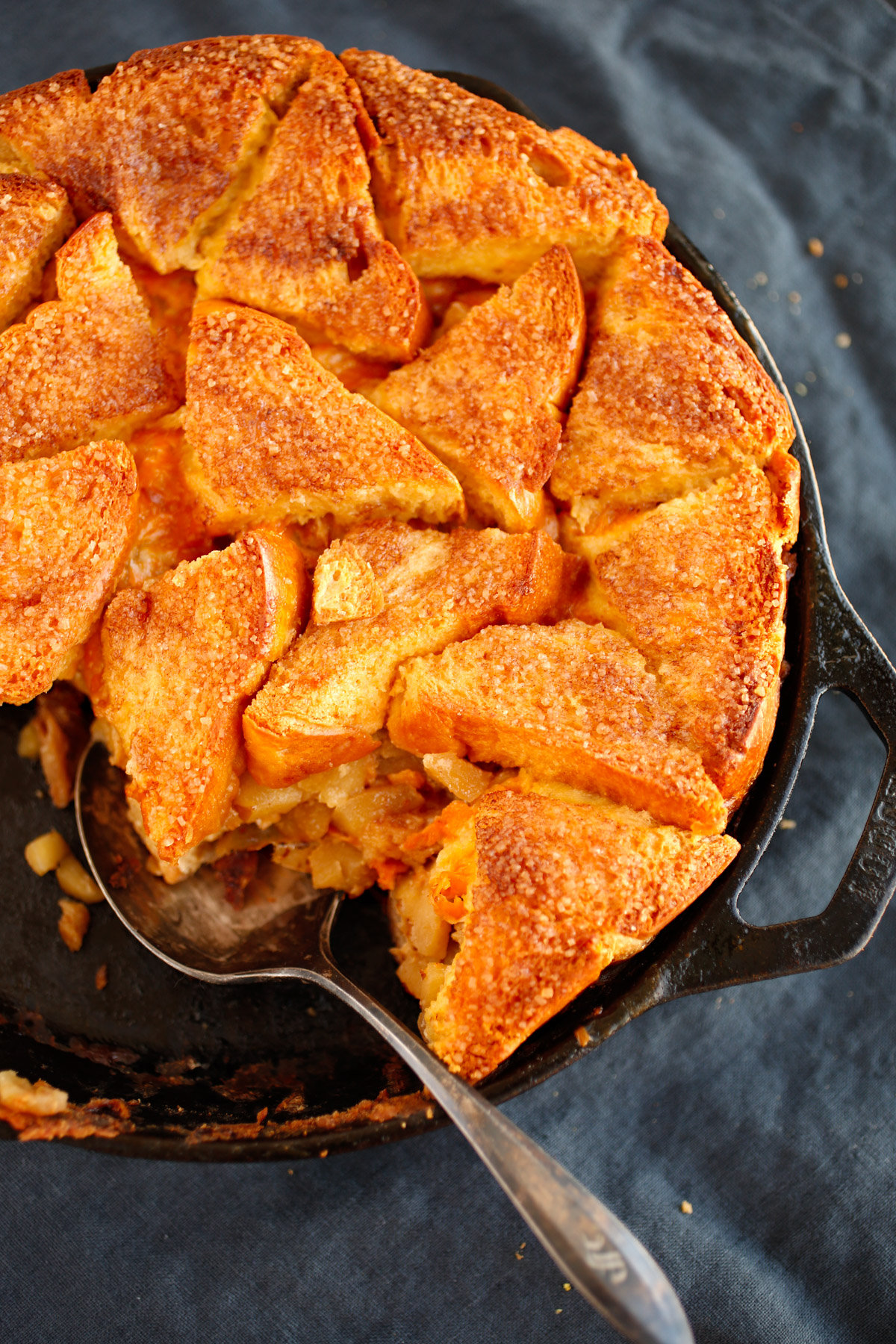 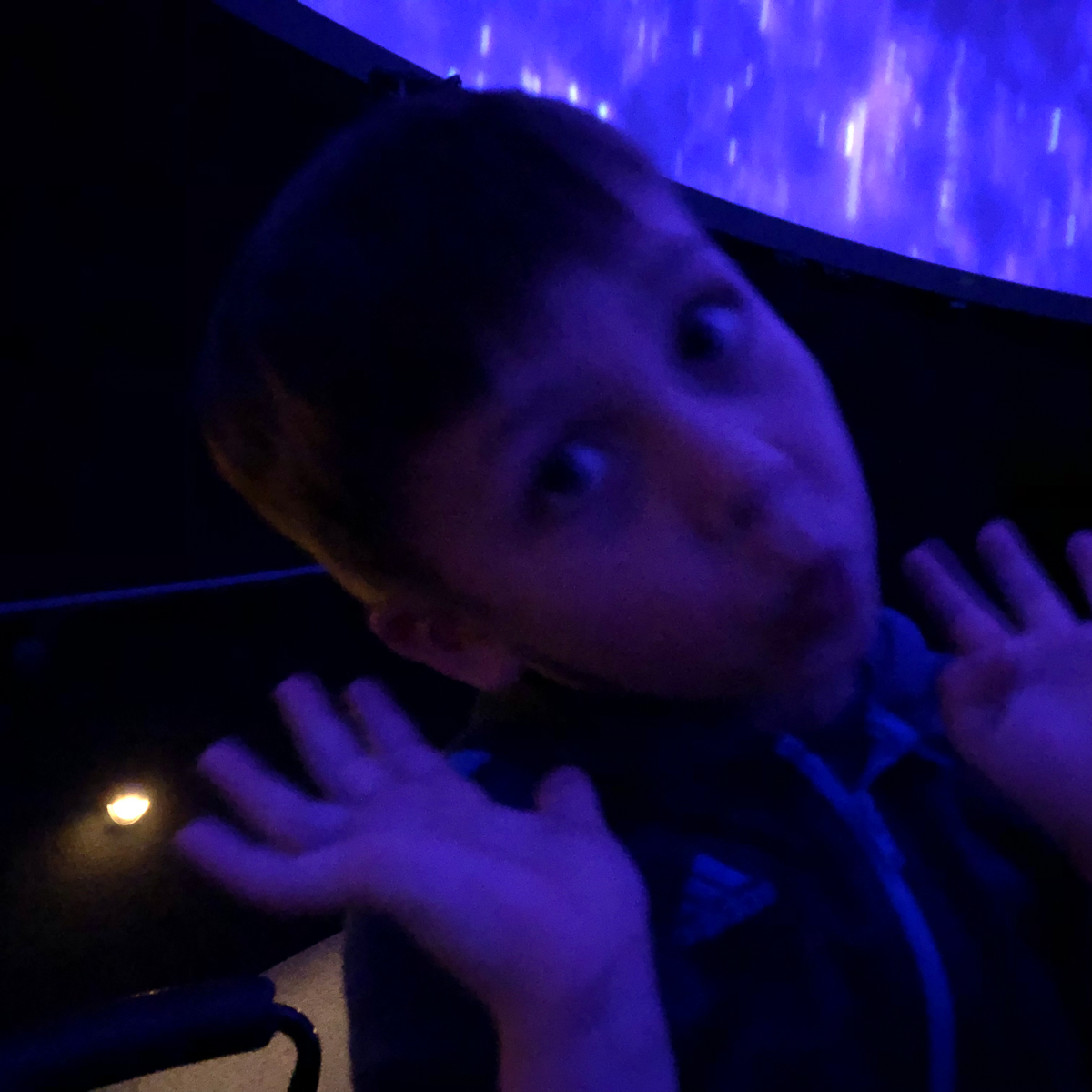 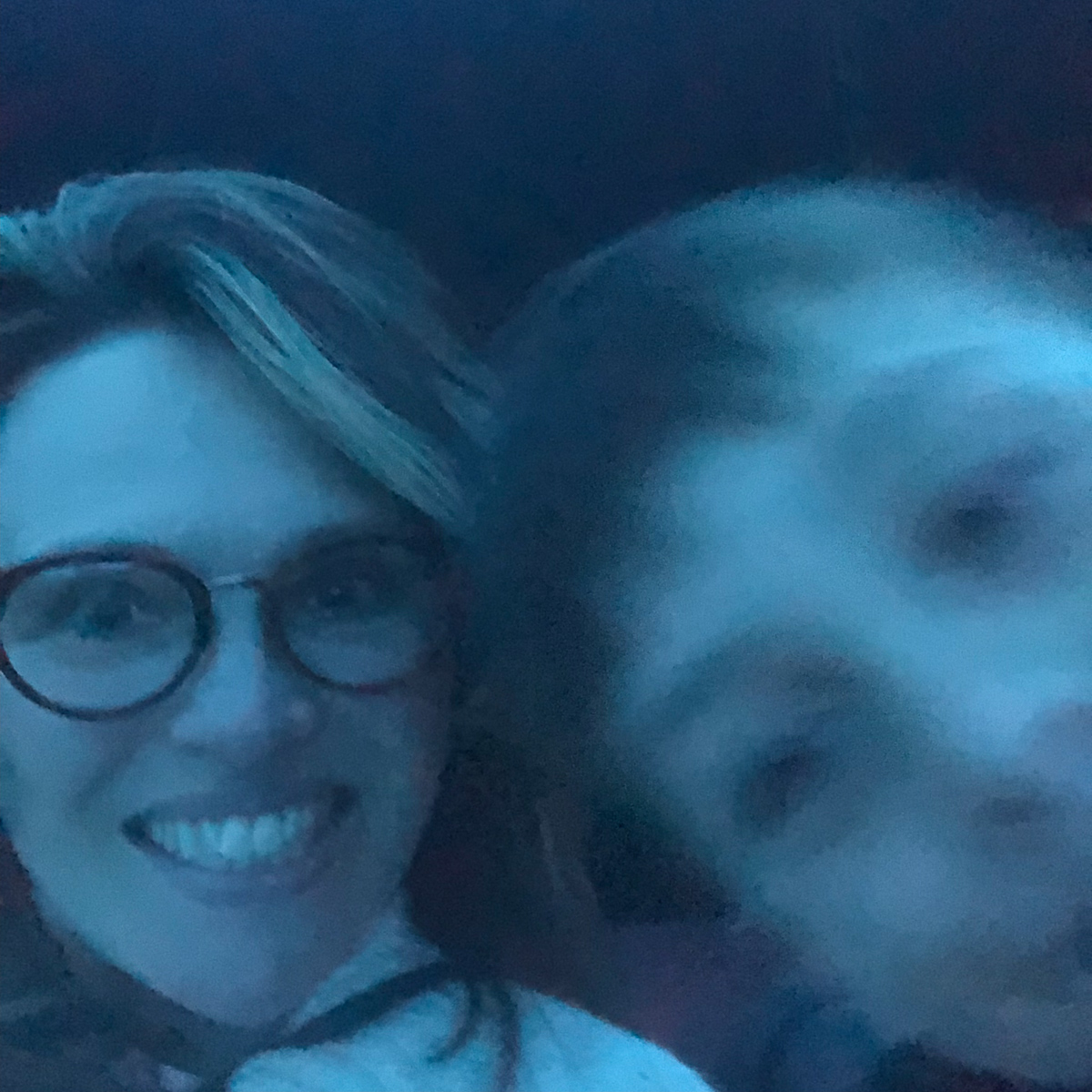 This past week, my daughter and grandsons came to Iowa for a visit.  I can't even tell you how wonderful it was to see them and how much they've been missed.

After spending the day, I came home happy and sticky, with spaghetti sauce in my hair and blue ice cream handprints on my sweater

It was fun to hear (in person) about kindergarten, learning to ride a bike, and of course, all of the things he loves to eat.  Macaroni and cheese, chicken nuggets, tomato soup, and ..

(A man after my own heart) 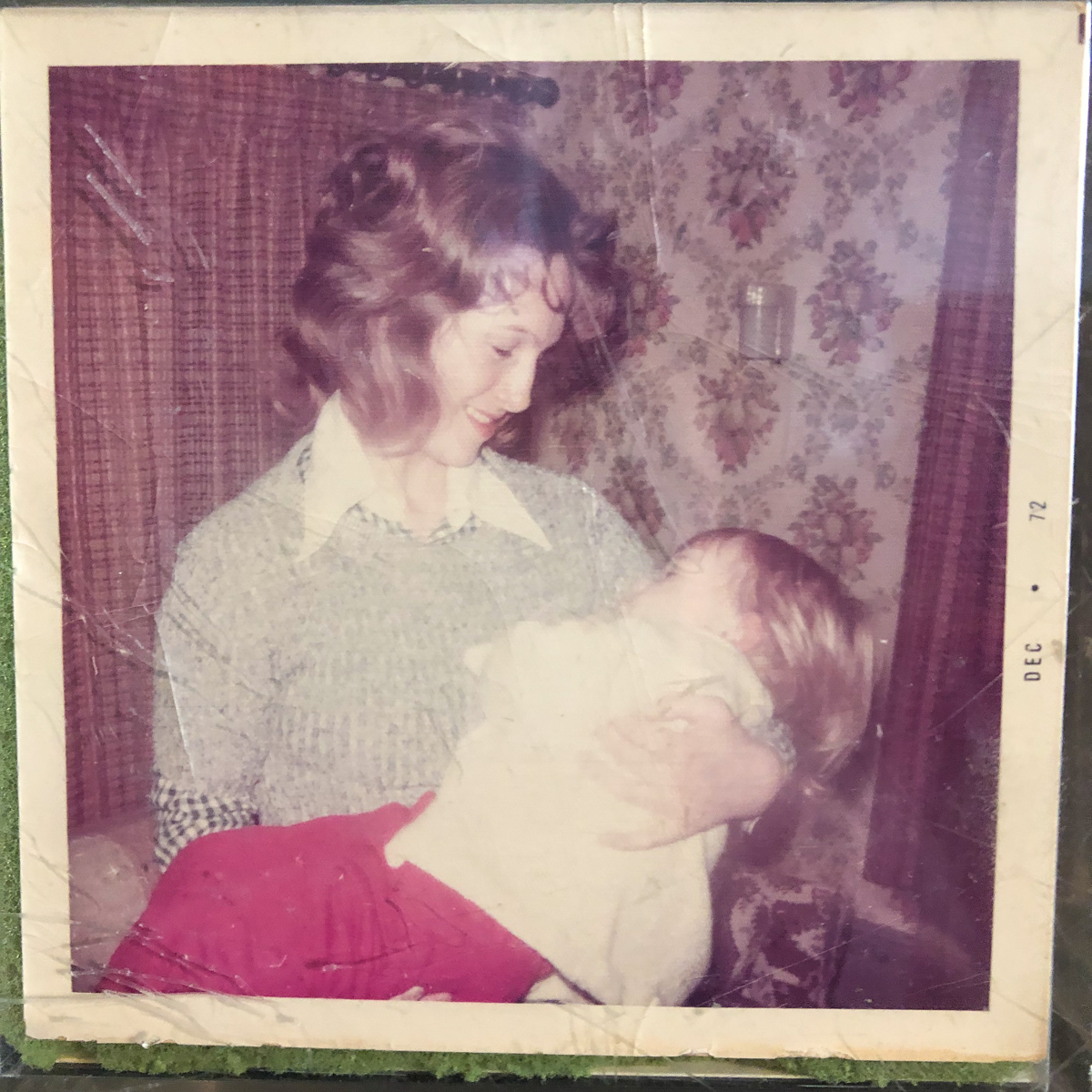 My mom died unexpectedly when I was thirteen.  I don't have many photos of her .. but in the one I like most, I'm almost two and she's holding me.  I love her hair.

I can't imagine having a little one, plus all of the things she had to manage around our family's farm, and having hair that good.  Today I have only a kitty, a day job, and most of the time I feel like my hair leaves much to be desired

A number of years after she was gone, we divvied up the last of her belongings.  Her recipe book is the thing I remember most.  It was dark green, sturdy, and filled with index cards and newspaper clippings.  Before entrusting it to my brother, our step-mom hired my daughter to transcribe the recipes.

A dollar for each

I remember how much fun it was flipping through them, finding, in her handwriting, not only recipes, but menu ideas jotted on slips of yellowing paper.  She served an awful lot of jello salads

We also found this recipe, of sorts, and I have to type it up for you exactly as it was written because it would be a shame not to share its wisdom:

Add plenty of faith and mix well.  Spread over a period of a lifetime 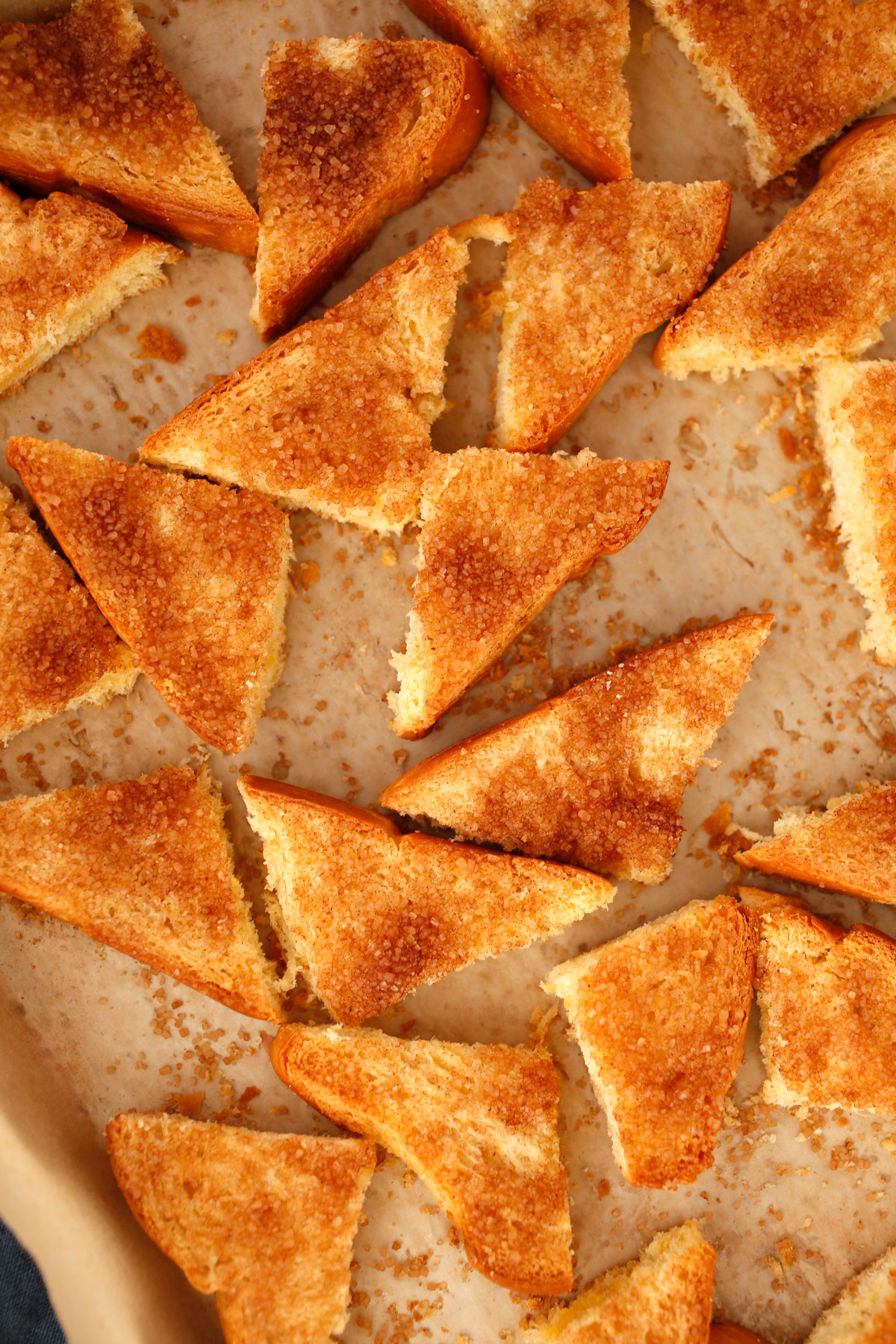 I also remember running across and really studying, her recipe for Cinnamon Sugar Toast.  Comfort food that, to this day, invokes great amounts of nostalgia.

I mean, how could something so simple require a recipe?  Toasted bread, covered with a thin layer of butter and a dusting of cinnamon and sugar.  Come to find out, there was far more than met the eye

A generous coating of melted butter on both sides of the bread.  Afterward, it was dredged in cinnamon sugar before being cut into triangles and baked until crisp.  The toast was crispy and crunchy.  The butter made it rich.  The cinnamon sugar caramelized lightly, turning almost lacy at the edges

No wonder hers were so good!

In the margins, a note about keeping them in a tin on the counter, where she promised, they would only get better with age.  One could eat them like cookies 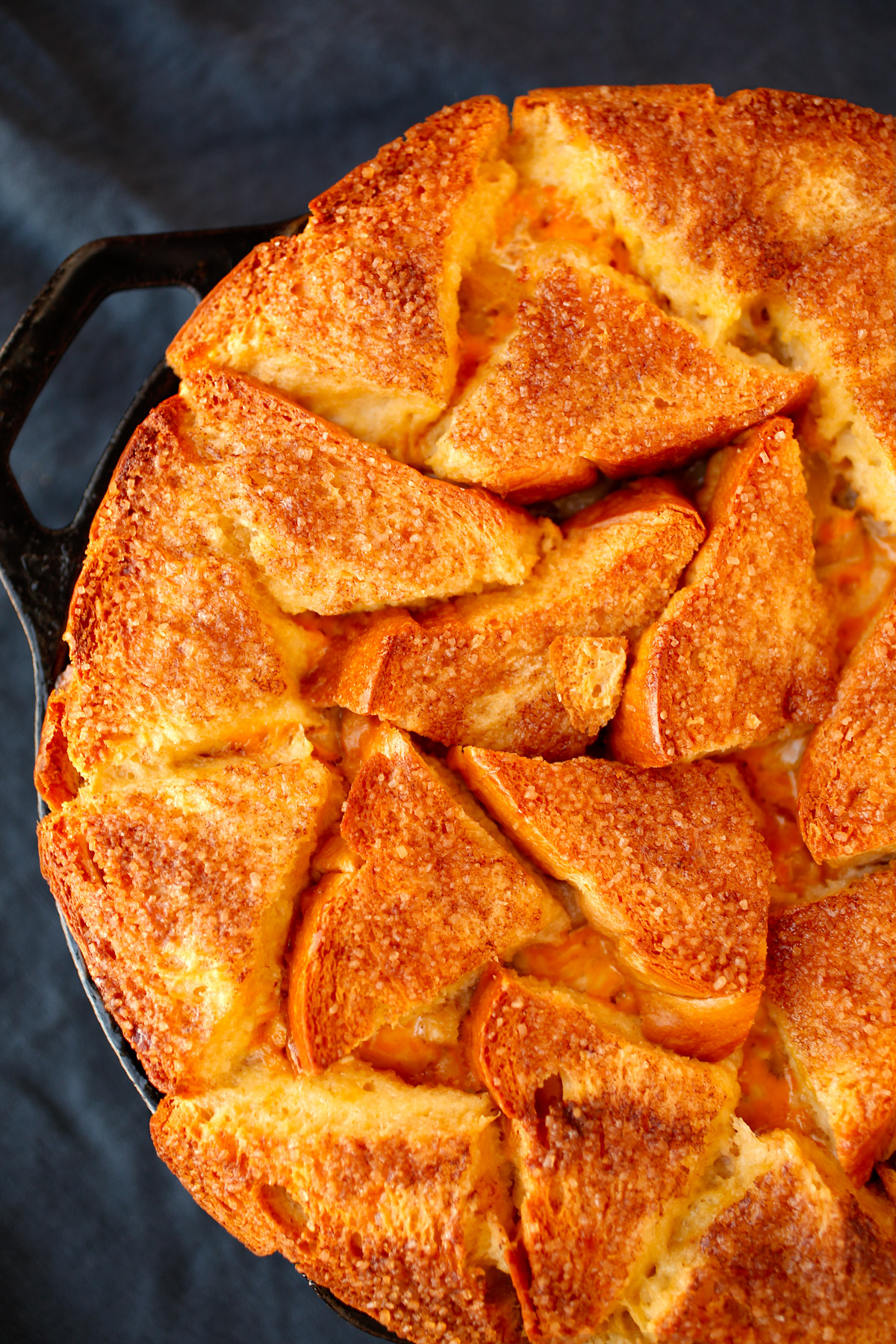 That is until last summer when I spent a lot of time, staying with a friend.  On her kitchen counter lived one of her favorites .. a twenty-year-old Gourmet cookbook, written for people who love farmers markets.  Those of us who happily wander the streets of our cities and come upon places where the air smells of peaches and corn and farmers sell fruits and veggies they harvested only hours earlier

The cookbook had been a going-away gift from a group of co-workers, and inside was a recipe for an apple and cheddar bread pudding that's pretty incredible

I've made (and enjoyed) bread pudding many, many ways over the years.  And it's nearly always good.  But from this day forward, if I'm lucky enough to have you over to my place for dinner, and bread pudding seems like it might be a nice finish to the meal, this is the recipe I'll be using 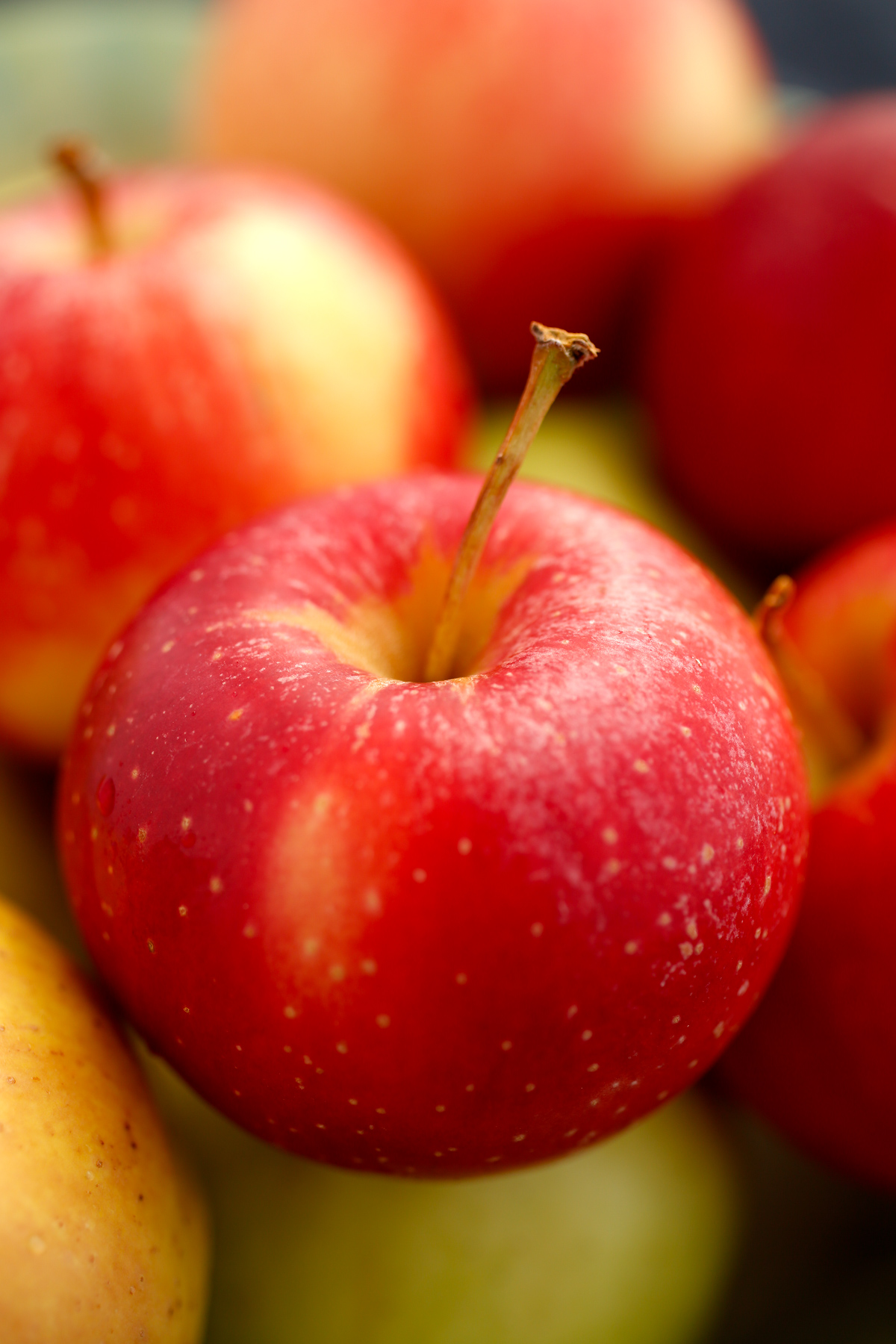 For some, classic cinnamon sugar toast is sufficient to make the day feel a little bit decadent, if not exceptional.  For others, it's casserole-style or bust because baking it in one big pan is vastly more enjoyable than toasting, buttering, and sprinkling on repeat.  Especially when people who aren't cooking come by and steal slices before you're able to sit down.

I’m also going to make the argument that once you have Brit-style bread pudding casserole, uplifted by the tiniest step that is buttering and sprinkling the bread before fanning in out in a pan

there’s no other way 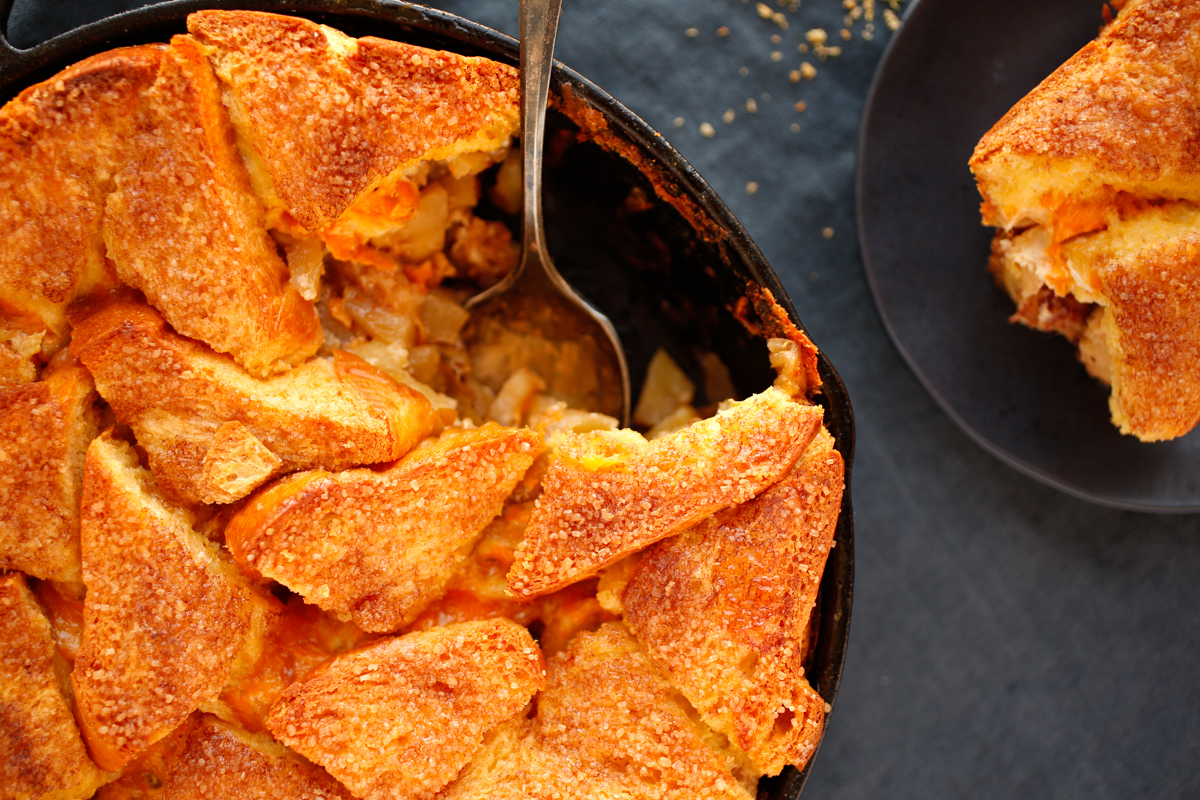 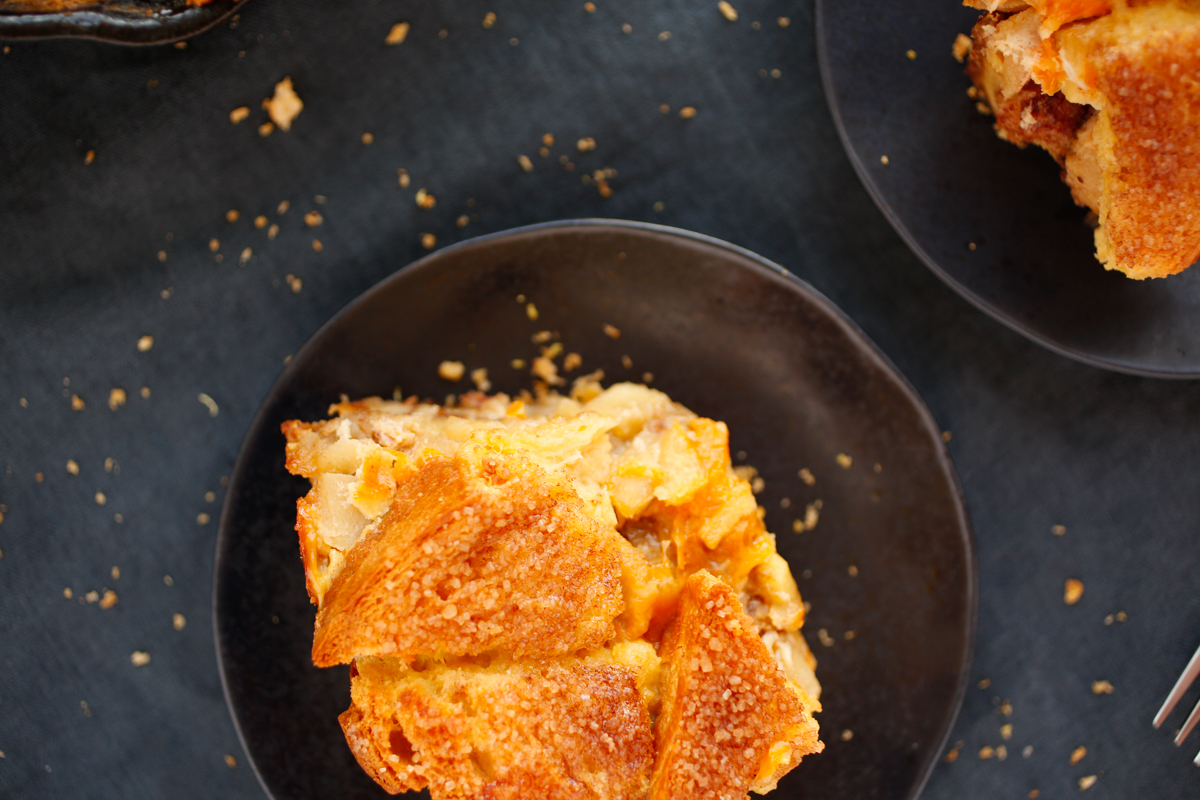 When it comes to bread puddings, there's a temptation to make them complex.  After all, it's hard to argue with vanilla beans, brandy-soaked raisins, salted caramel, heavy cream, and brioche.  They certainly have their place.  At the same time, it's nice to know that you can make something exceptional using whatever sandwich bread is in the pantry and ingredients you already have in your fridge.

Non-dairy milk will work well here, as will breads that are rich, but I don't find the latter necessary to serve something luxurious.

True confessions?  The recipe my mom used all those years ago was a bit frightening when I thought about how much butter and sugar were on a little piece of bread.  Here, you can definitely go easy when spreading and sprinkling.  And one side will do the trick

If it helps, remind yourself that this isn't breakfast.  This is a cookie.  Make it your mantra

~ Adapted from Gourmet's Fresh: From the Farmer's Market to Your Kitchen 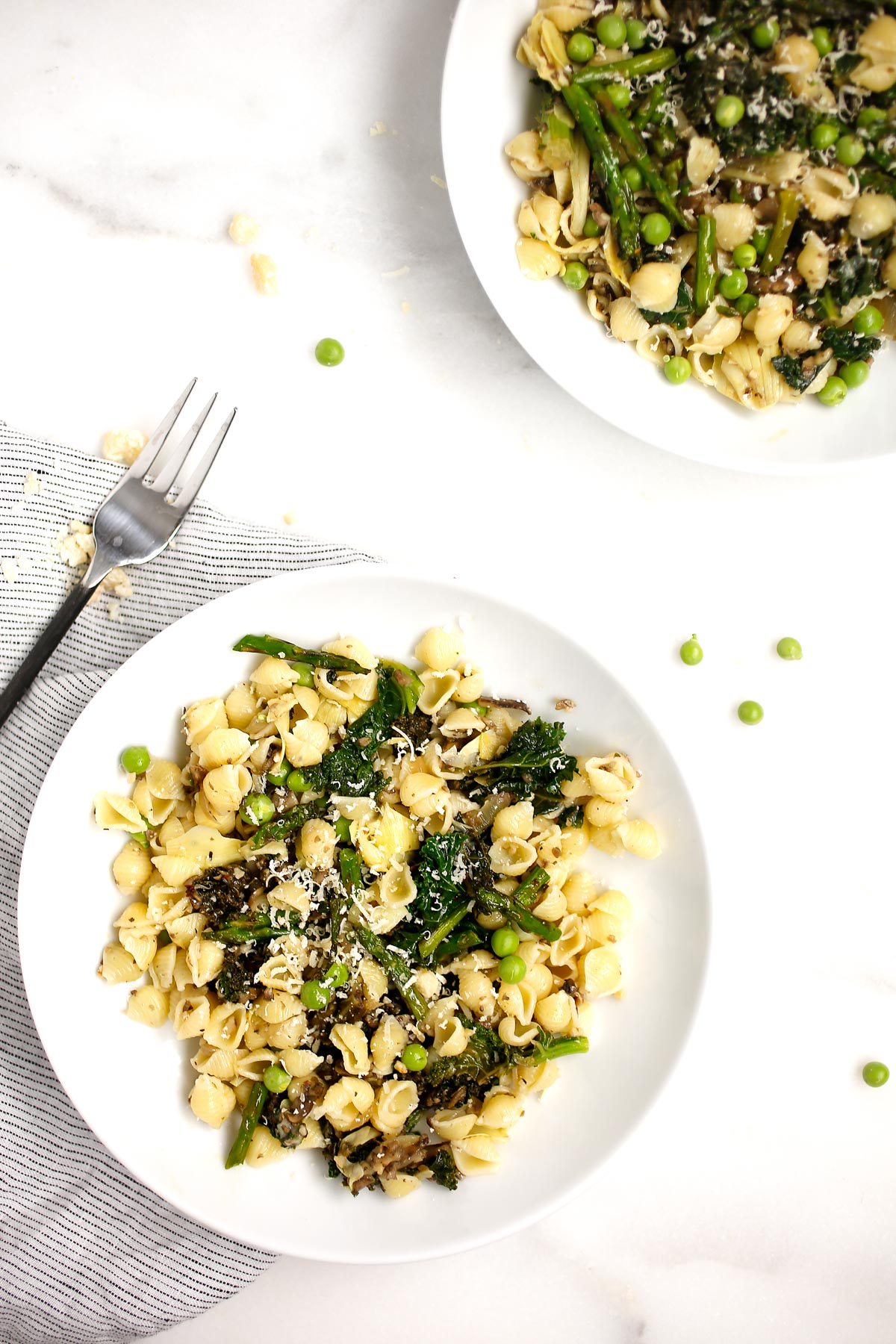 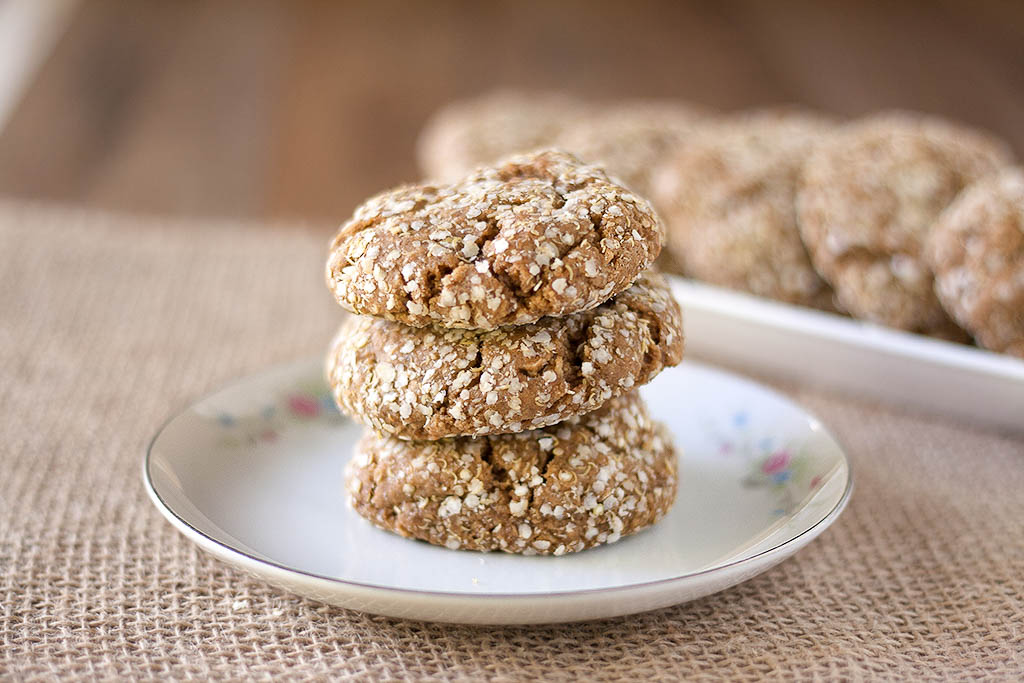 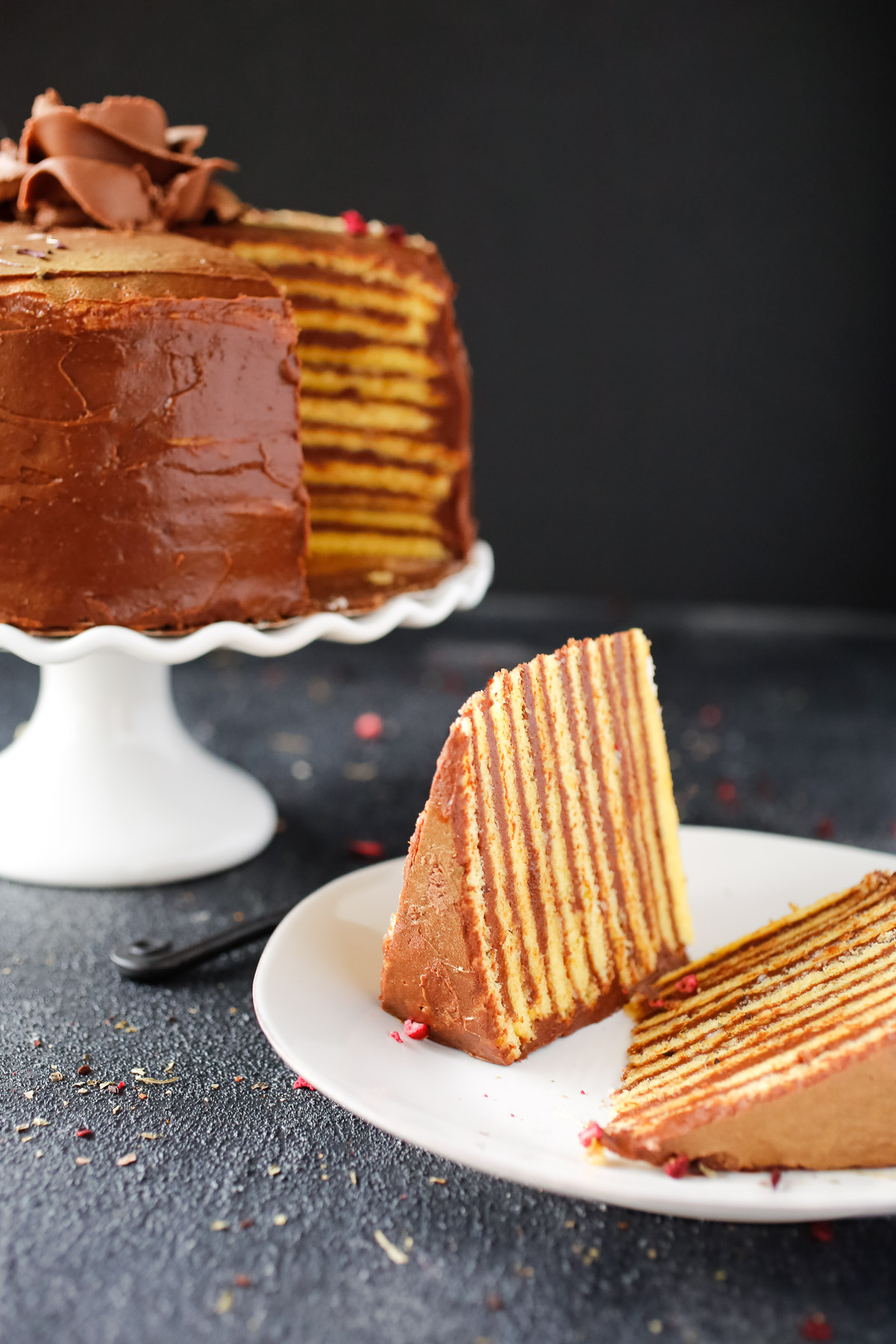