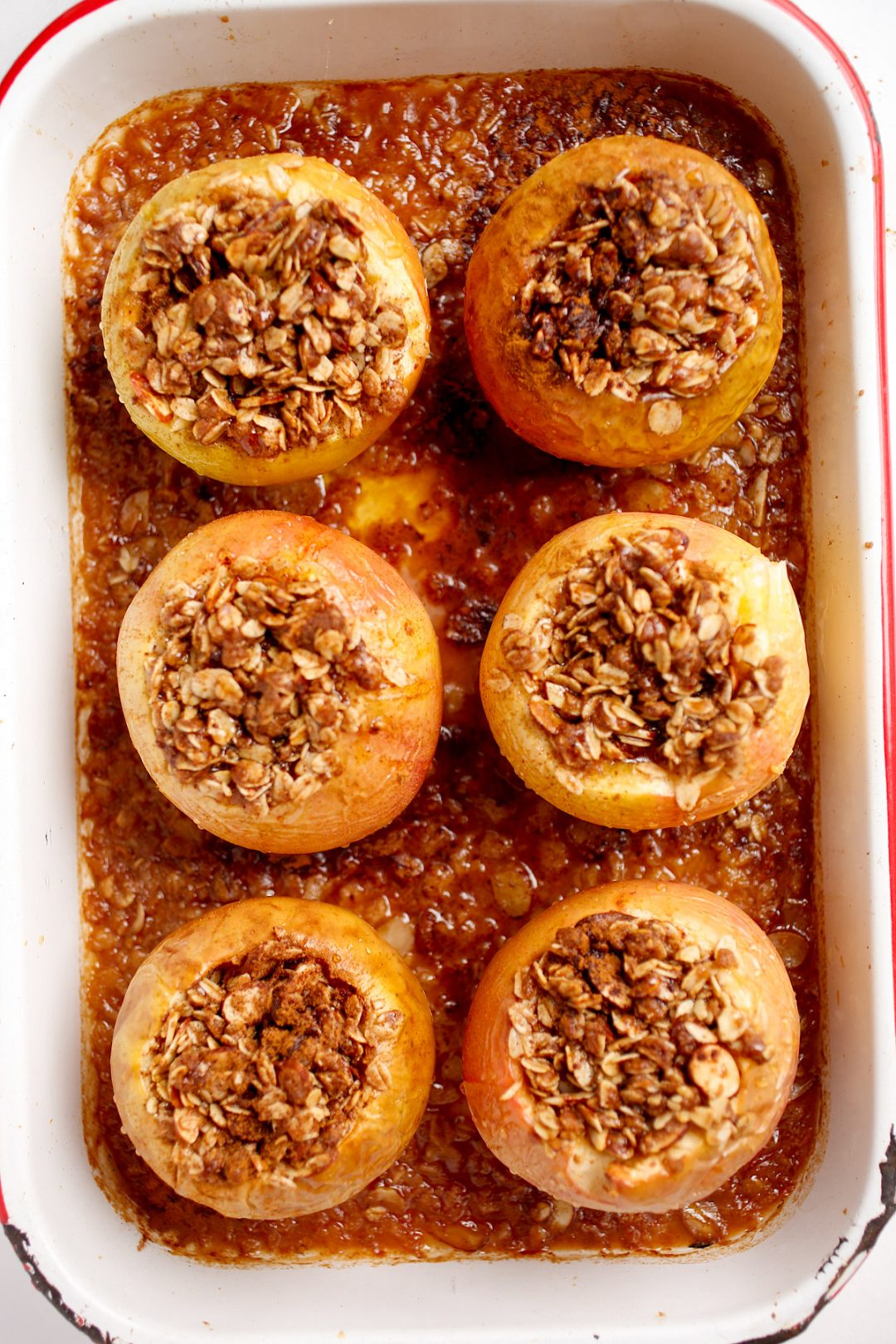 These are the apples you make 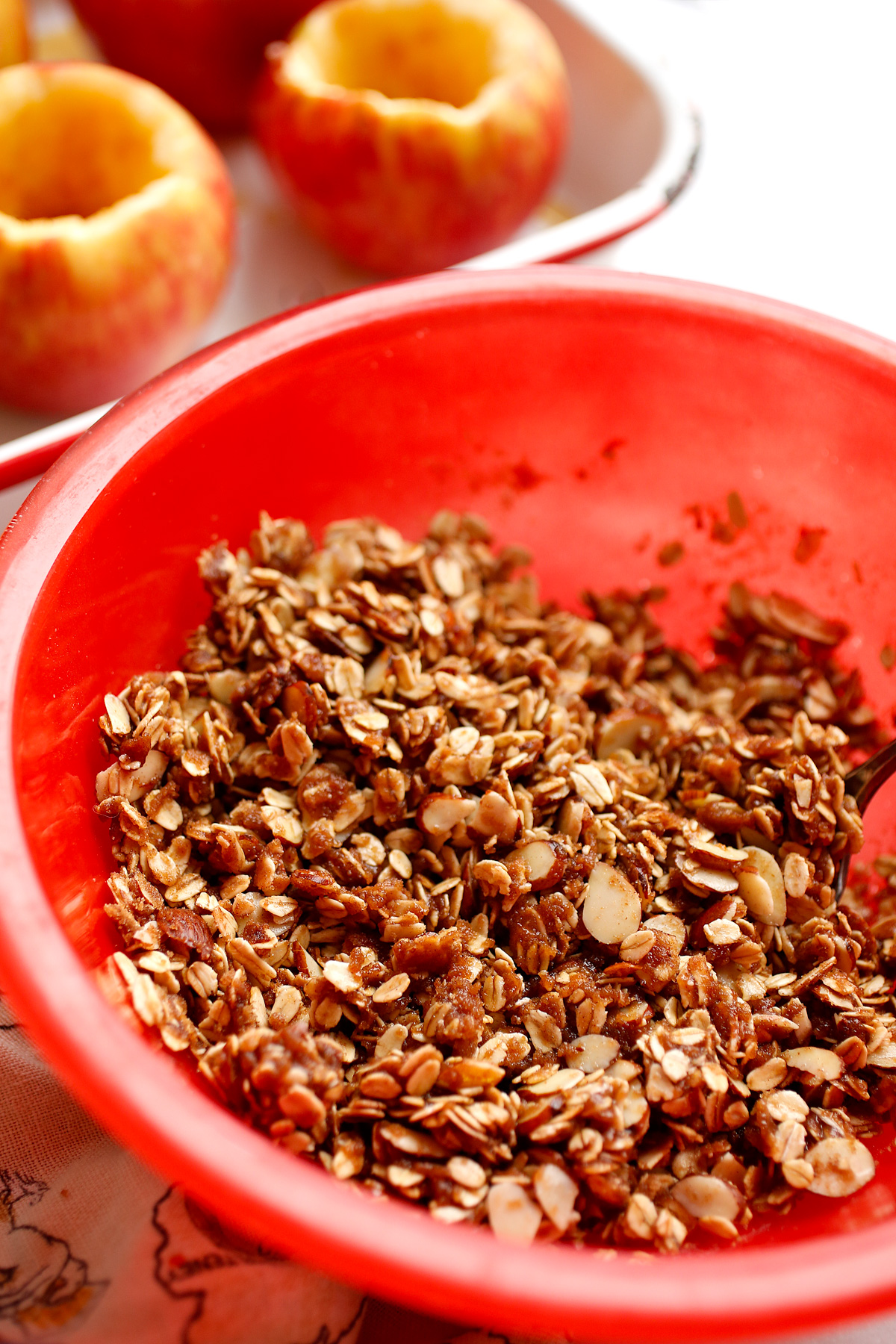 when a big bag of them shows up on your kitchen counter.  The handiwork of a husband who a sucker for the ISU Horticulture department.  You love him extra for his produce extravagance.

These are the apples you make when the forecast calls for rain, and you've pulled a sweater out of the back of the closet for the week ahead.  When your nail polish is plum, and you wonder, “Doesn't October soften everyone?”  When you fight back the envy of your neighbor's unnecessarily large scarf

If everything around you is calling for fall, why not summon a bit of cinnamon-y spirit? 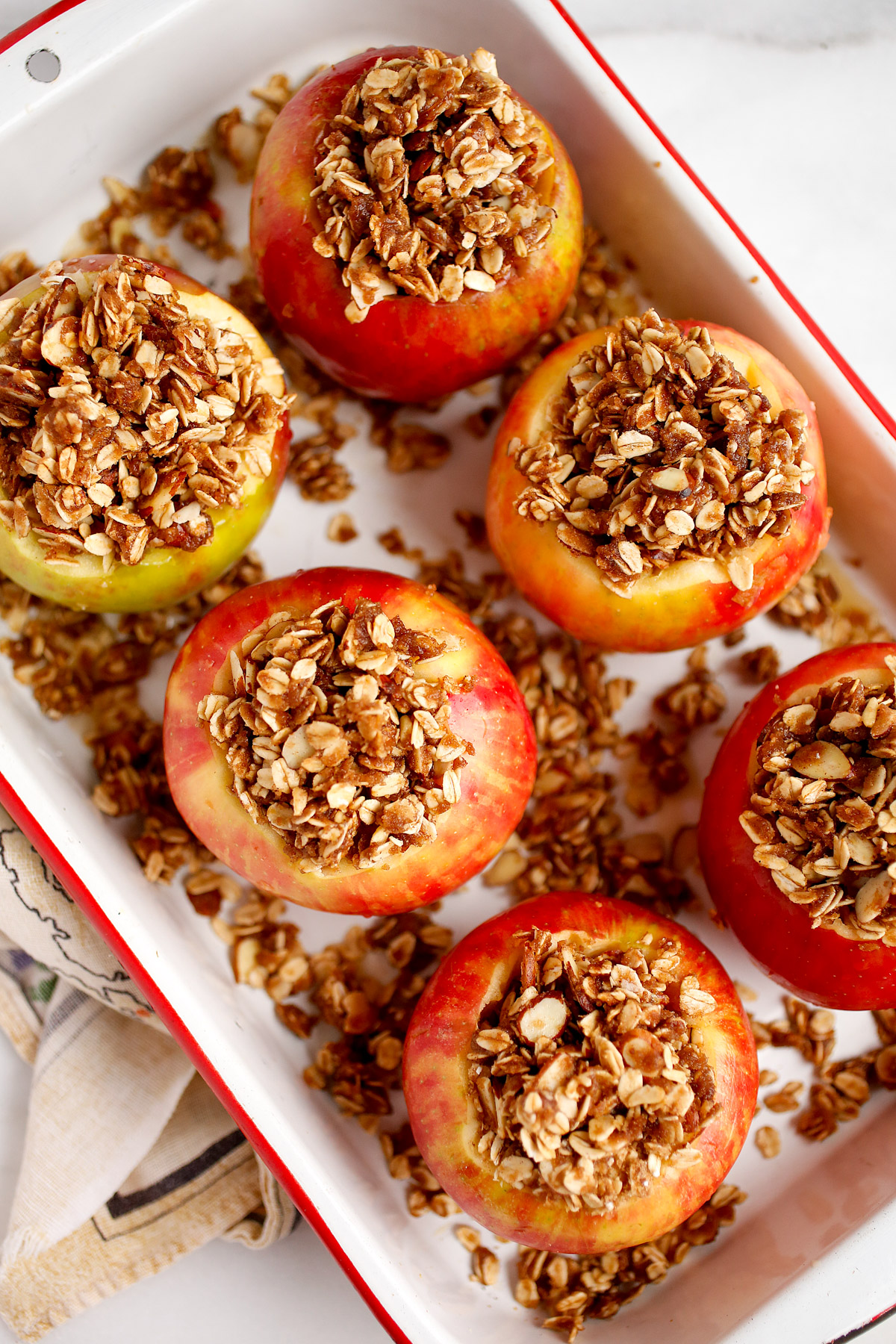 You’ll mix in the butter as your daughter wonders if you can get together this weekend.  “Maybe we could make some apple crisp?”

You wait not-long-enough for them to cool, then portion the best-looking one for sharing and, oh, familial portion justification

You drizzle with honey, a fresh sprinkling of cinnamon, a spoonful of ice cream on the side, then shuffle yourselves out onto your deck to enjoy in the crisp autumn air.  Later, you bring some to share with your neighbors, fork in hand “Just try a cube, another, should I leave some for later?” 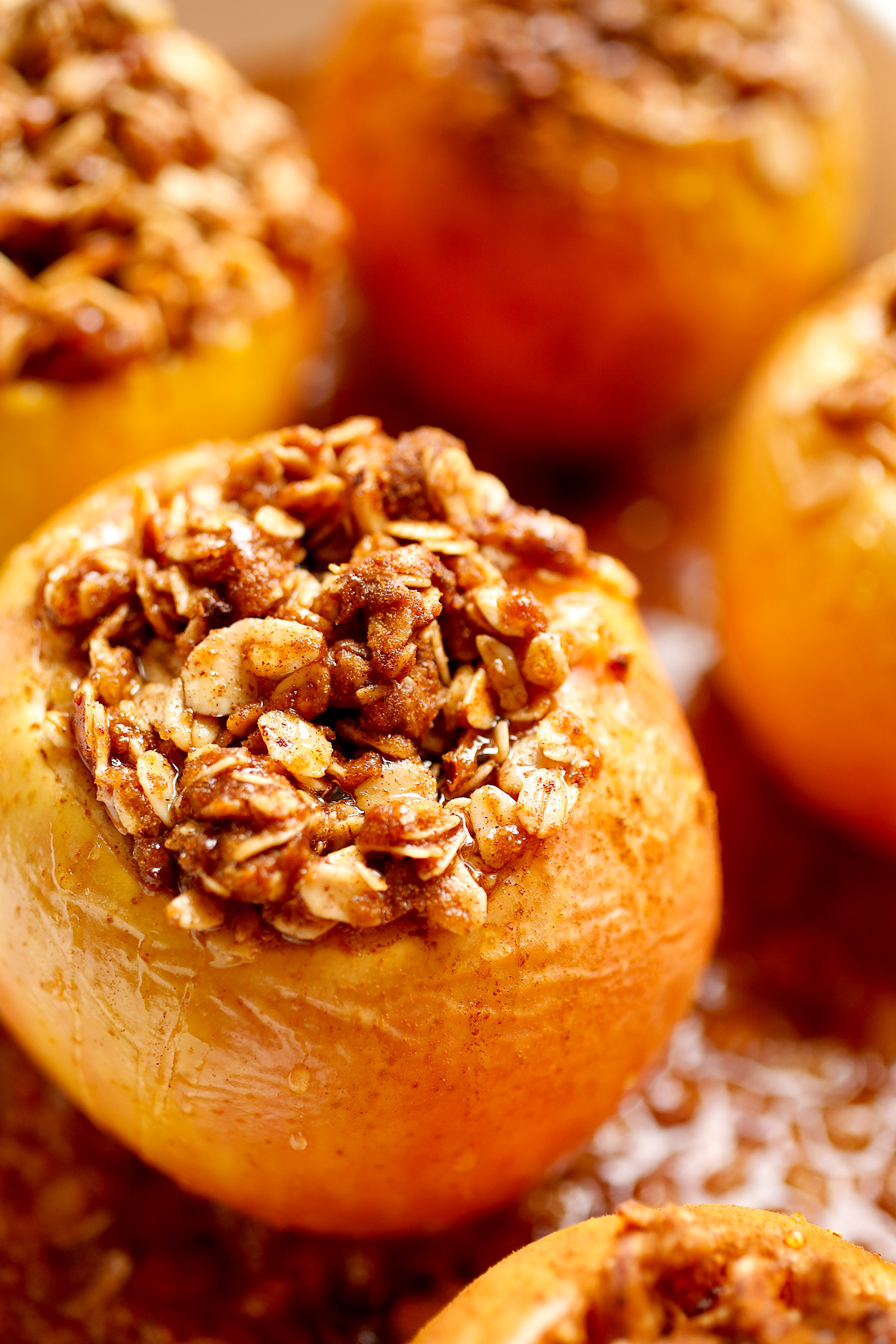 Your love of baked apples runs deep, and before too long you're requesting yet another bag and sharing them with everyone you know.  Your apartment has never smelled better.  Your family wonders if you're becoming a traveling salesman, of sorts, minus the one-time-only offer, nor the fee.  You breathe in the cool fall days.

All of you know the truth: of the many available offerings, shoving oat-filled apples upon the innocent is perhaps the very best

“Let me introduce you to something that, dare I say, is better than apple crisp” you prepare to tell your daughter, as you reach for her front door, grocery bag in hand.

But she stops you mid-sentence with a small bowl of crisp, and spoon, “I wanted to surprise you.  It's your recipe,”  And there's pride in her eyes and excitement in her voice.  You decide there isn't a worthy substitute for the joy

You both celebrate with apples 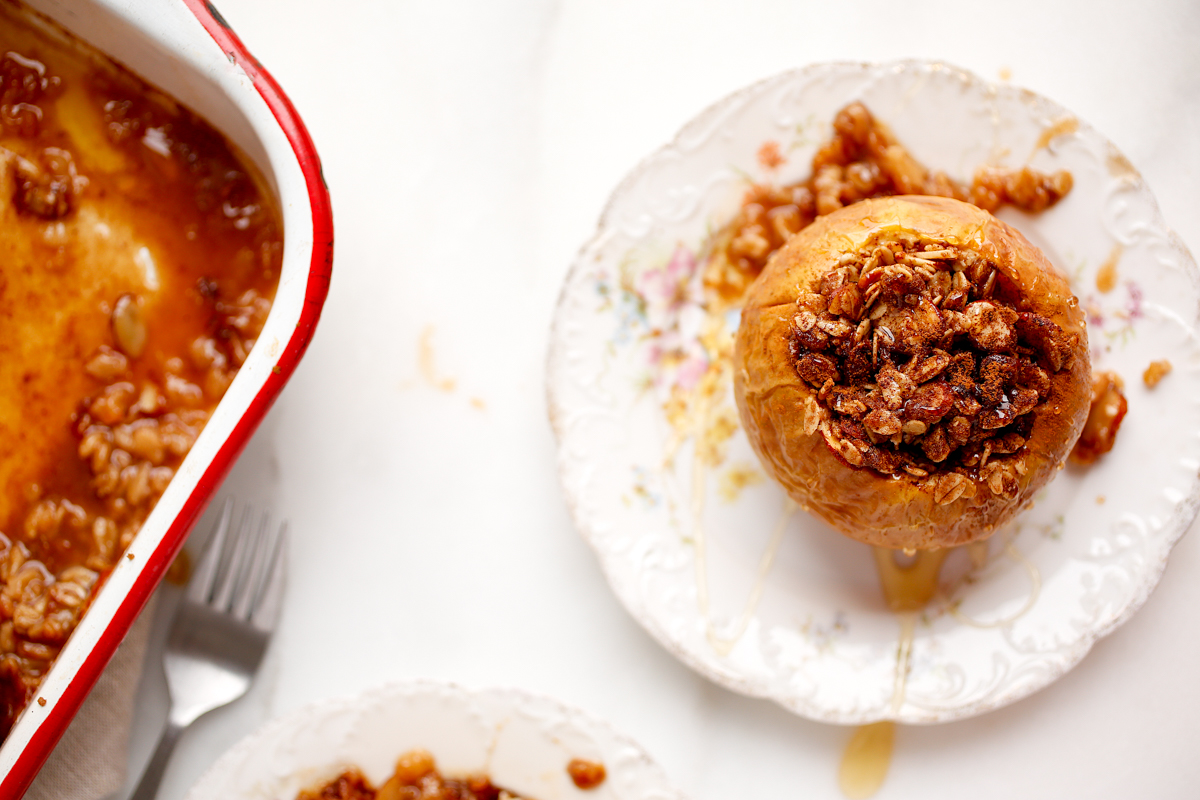 As far as baked apple recipes go, there are a lot of them out there, as I'm sure you've noticed.

My goal was something old-fashioned: just cored apples filled with oats, sugar, spices, and butter.  They're baked until tender enough to eat them with a spoon, perhaps drizzled with honey, greek yogurt of ice cream on the side.  A flavor and texture that leaned more toward apple crisp than the filling of an apple pie.

Riffing off of Alton Brown, these were just the thing.  They baked in a roasting pan until they were soft, their skins crinkled and were shiny from the cider that bubbled beyond the hollows' borders.

They're at their peak served warm with something creamy on top or the side. 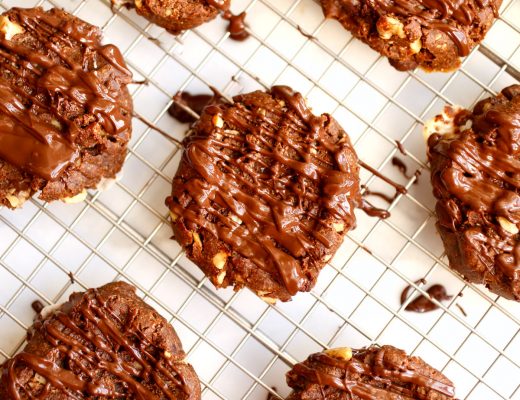 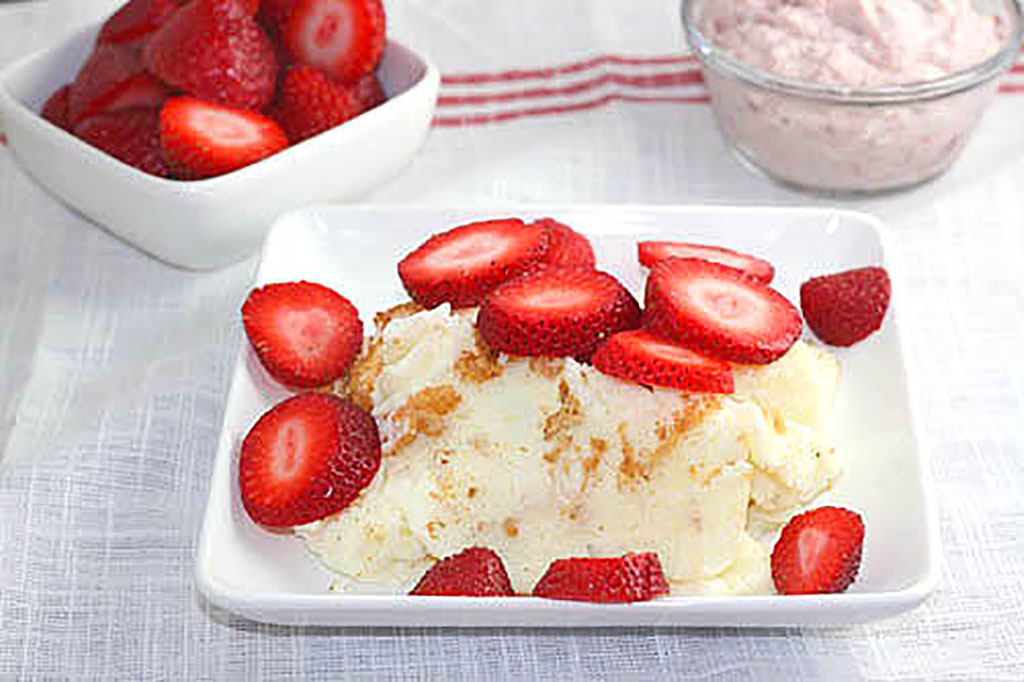 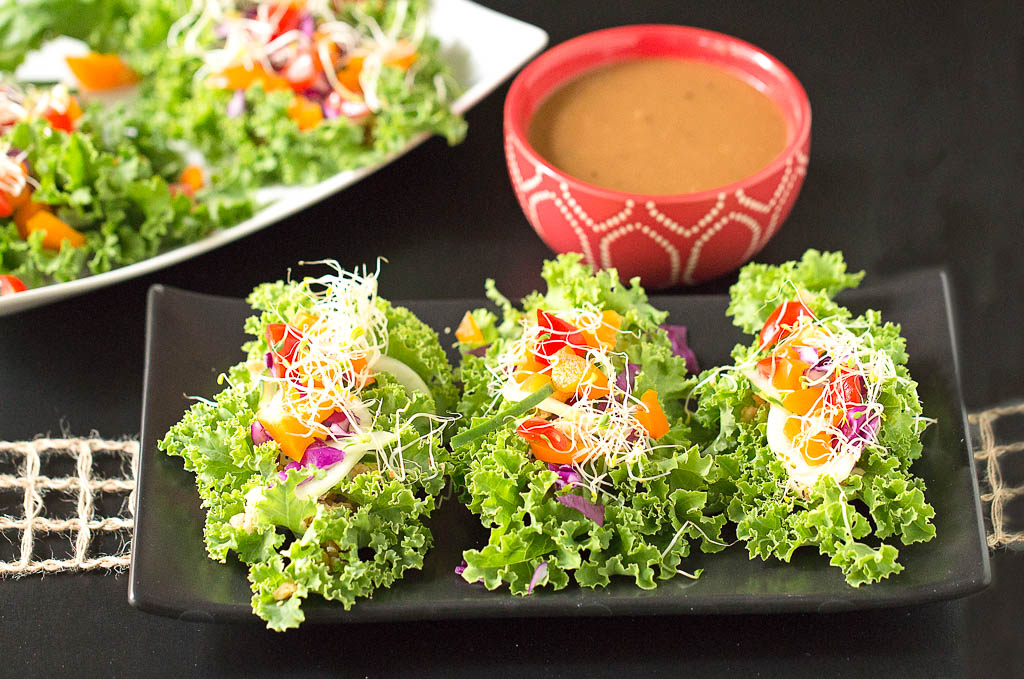